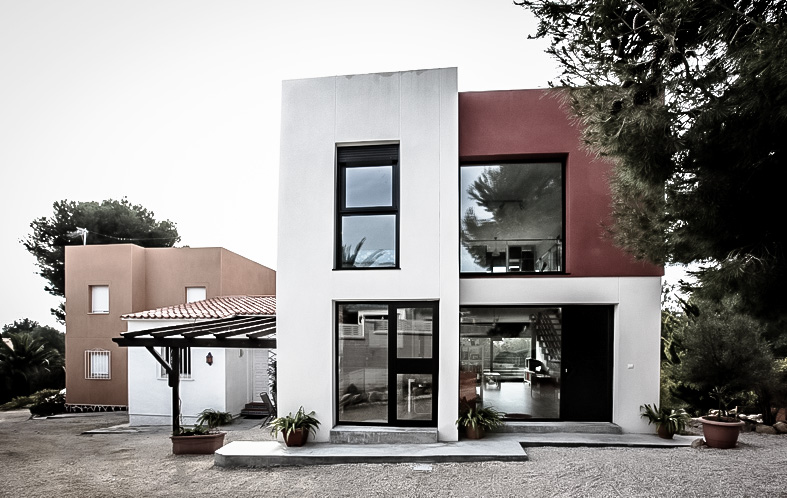 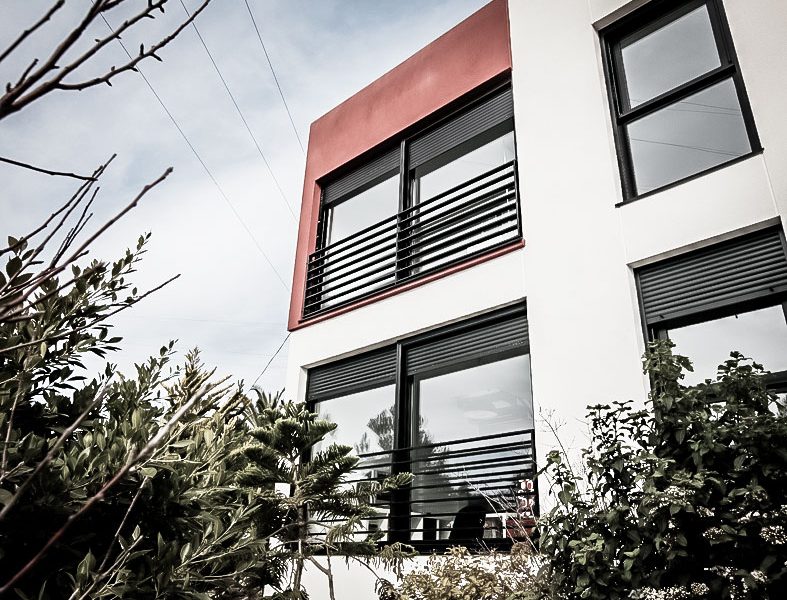 Extension of a detached house located in an urbanization formed by 3 attached houses in a row. The house in which the extension is intended is located at the southern end of the urbanization.

House no 2, located in the centre, maintains the original appearance and on the No. 1 we find an extension made a few years ago, characterized by a rather conventional and impersonal architecture.

With this environment, an effort was made to make an intervention that would enhance the differentiation, assuming that with the starting characteristics of the existing buildings we had to develop a project based on contrast and opposition.

The house on which we have intervenedhas two floors, and consists of  structural system based on load-bearing walls of concrete blocks that support a sanitary floor, the main floor, and the roof so that the volumetric games have been generated by the differentiation of the color or highlighting a few centimeters one facing over another.

Internally, it has been sought to interrelate spaces of common use through a double heightin order to enhance the sense of spaciousness of the house. This is achieved thanks to the staircase, of a single section, of steel and wood, which deposited lightly on one of the sides of the house, exerts its function while filtering light and sifting perceptions from the different rooms.