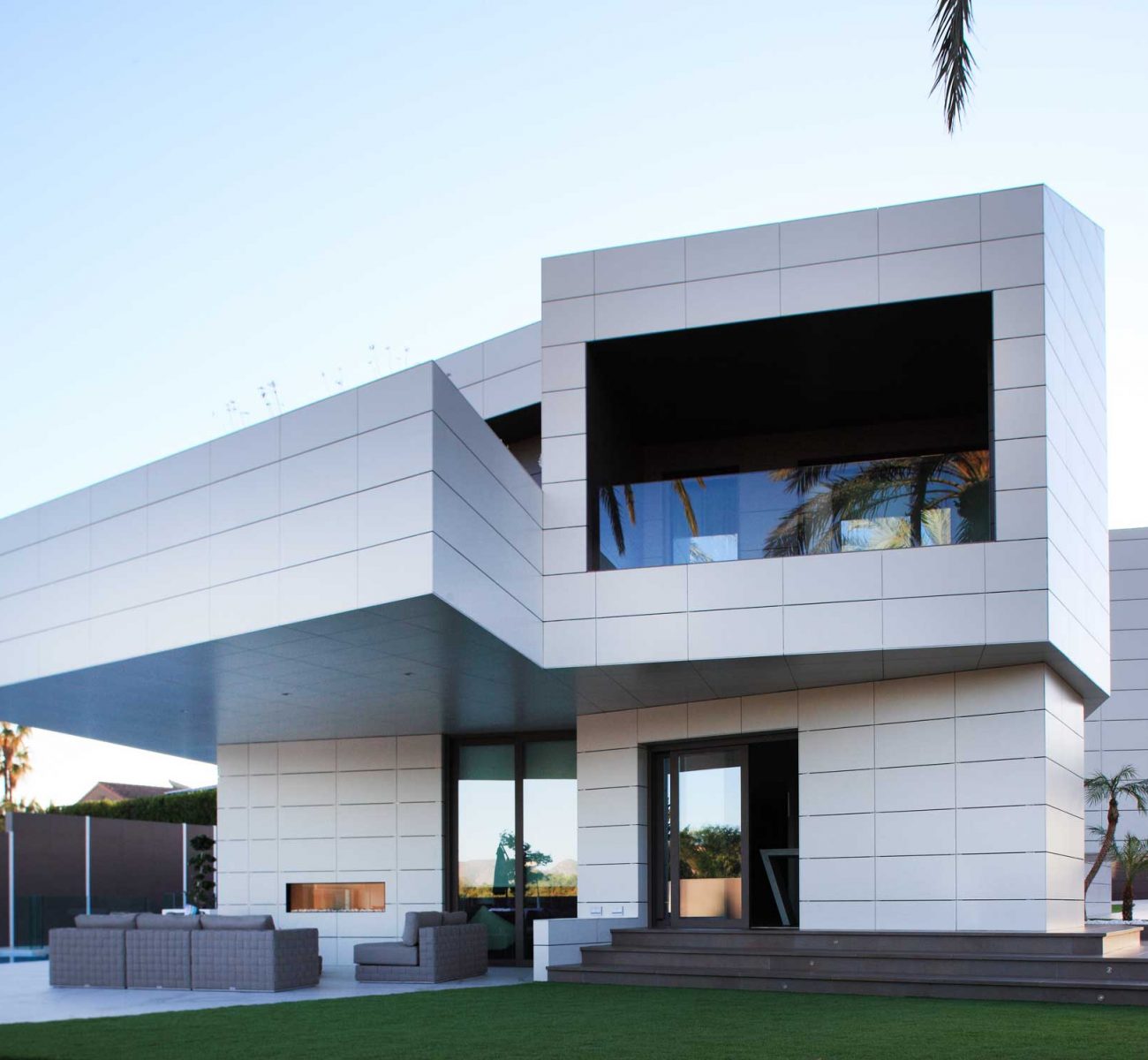 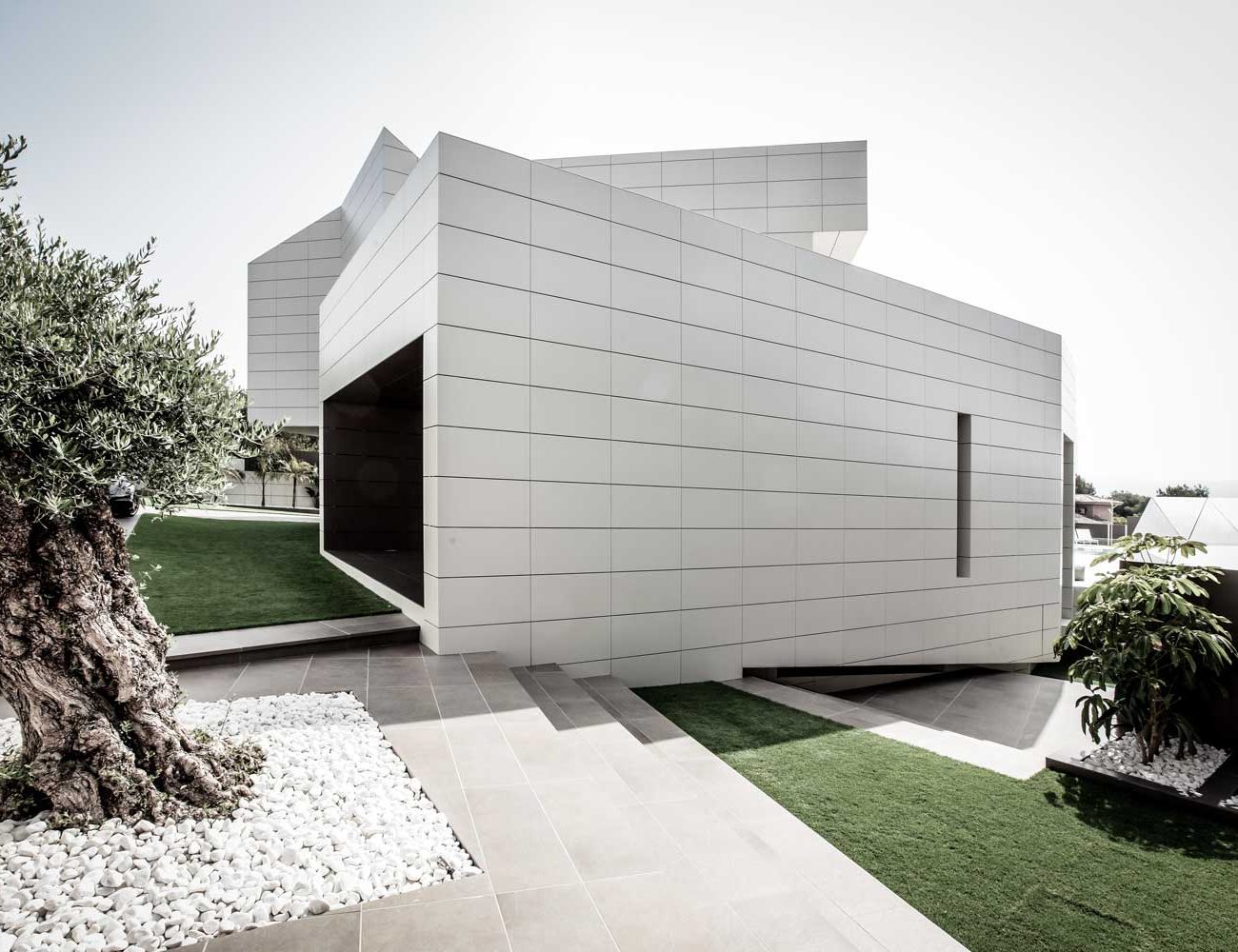 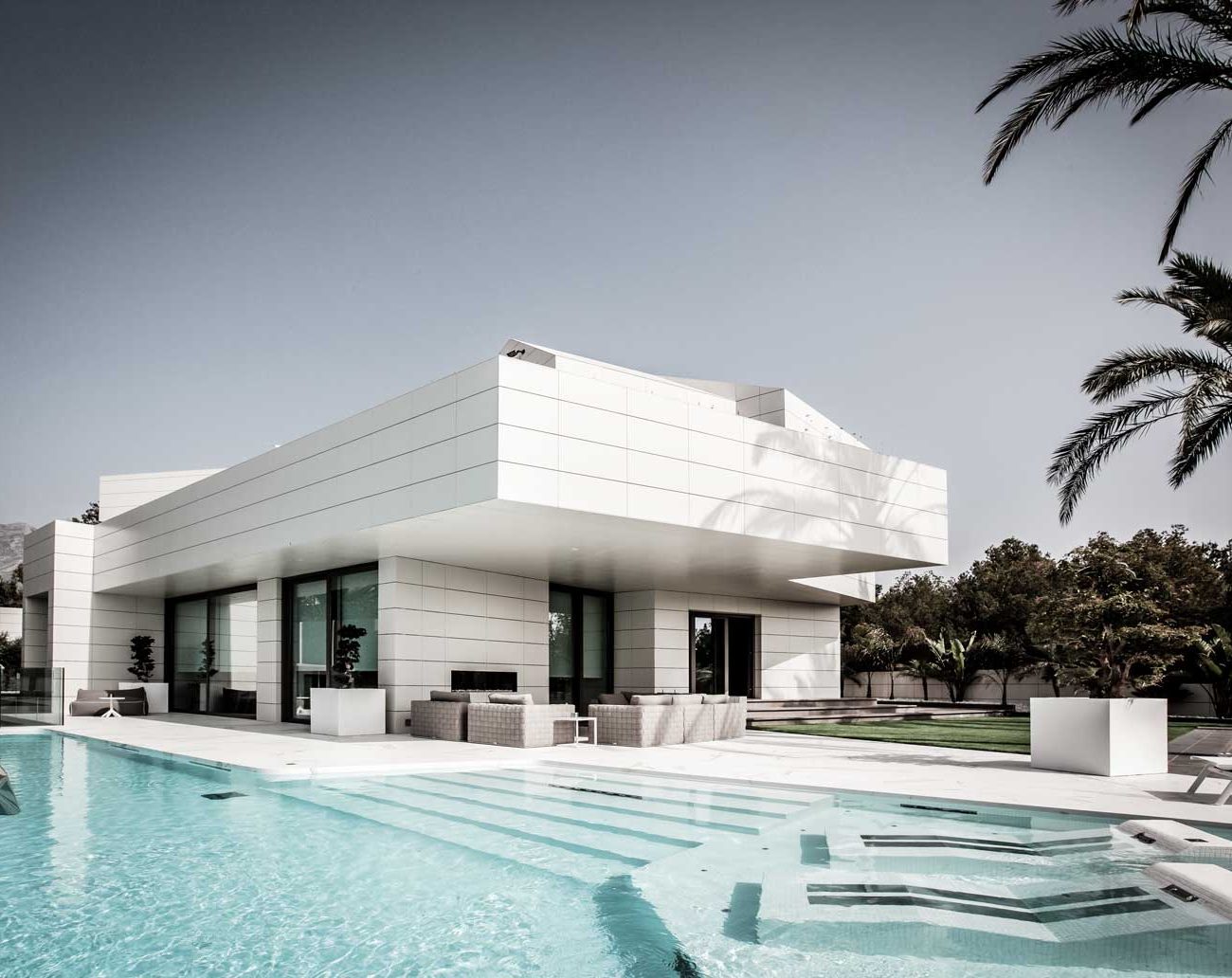 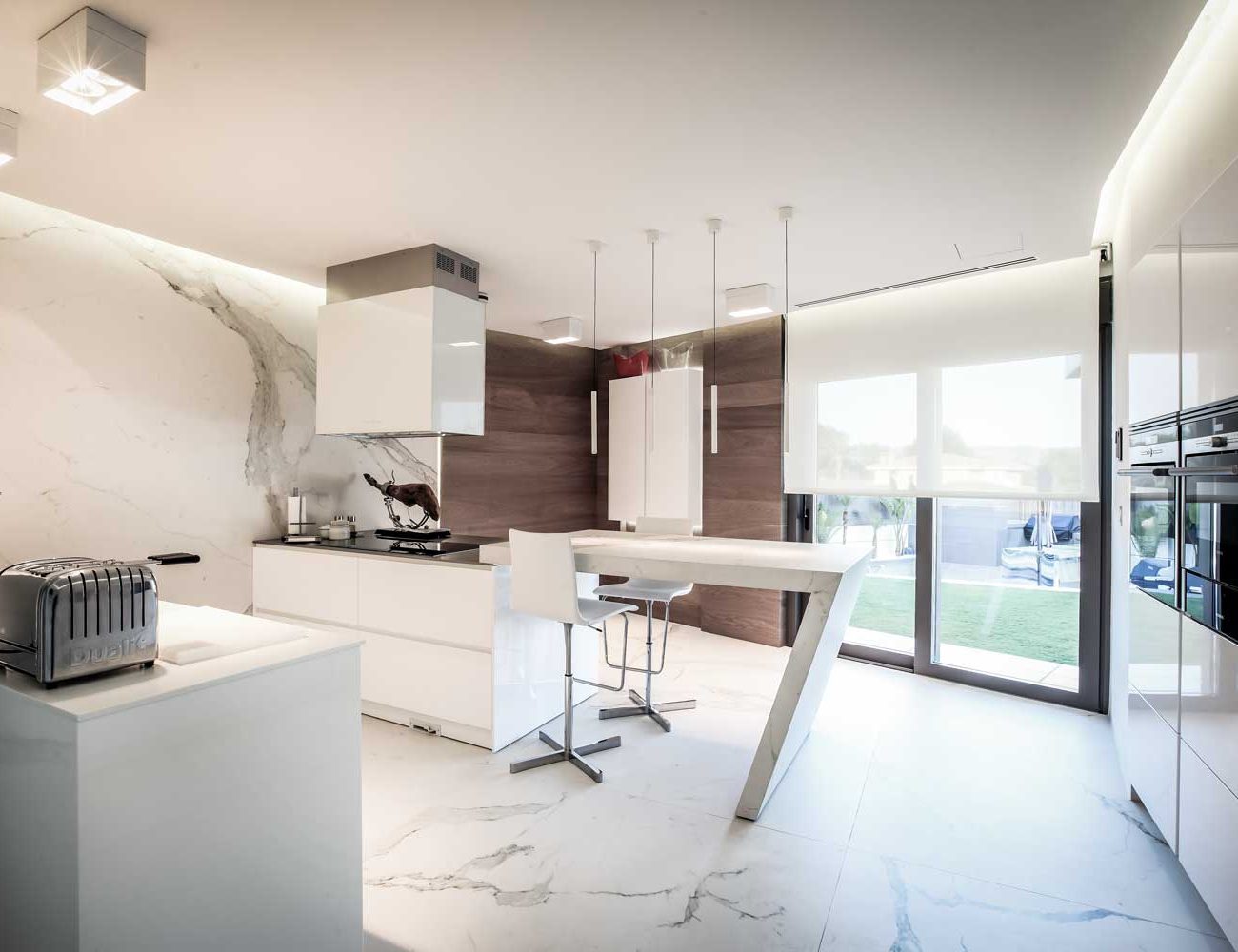 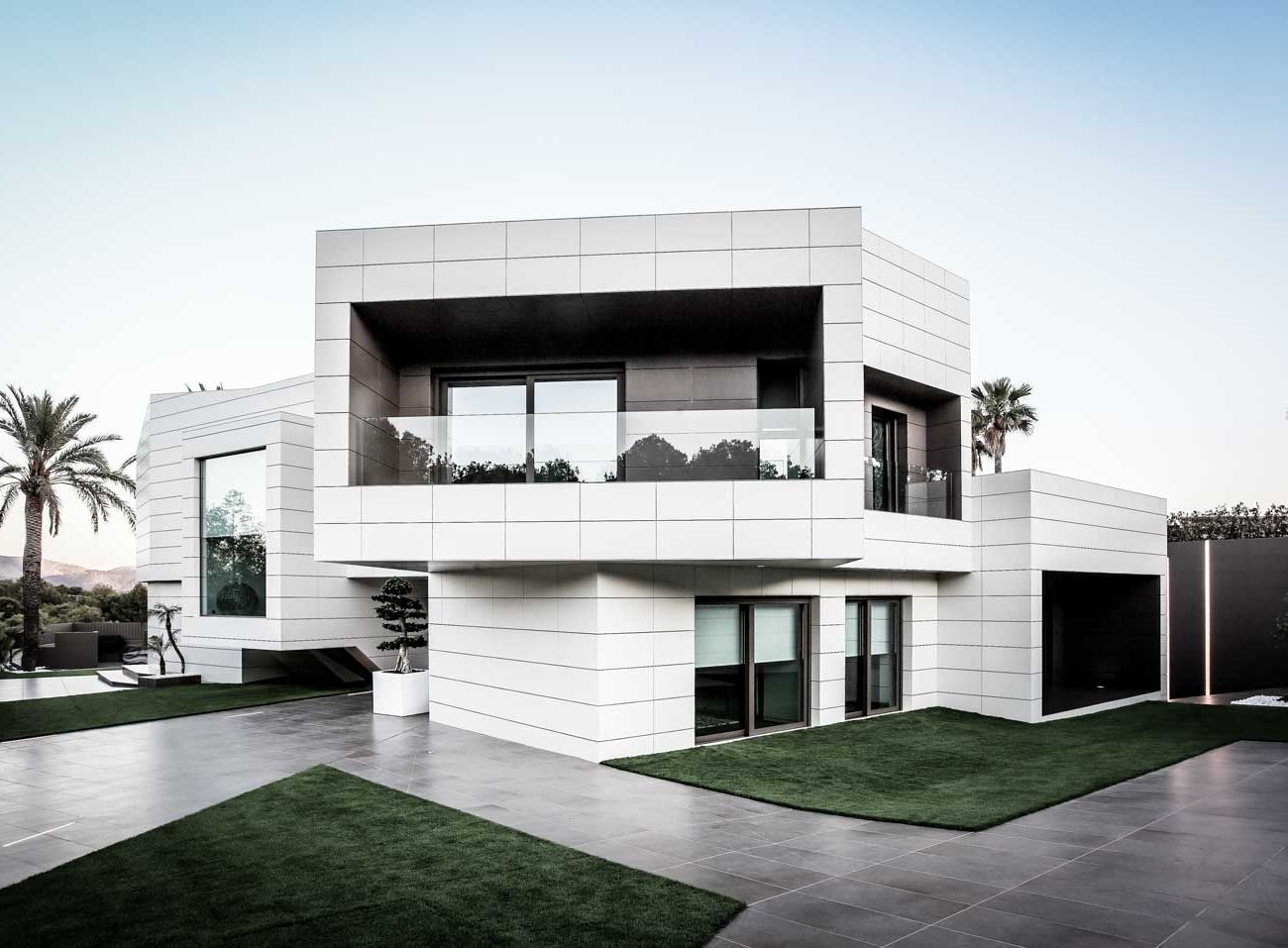 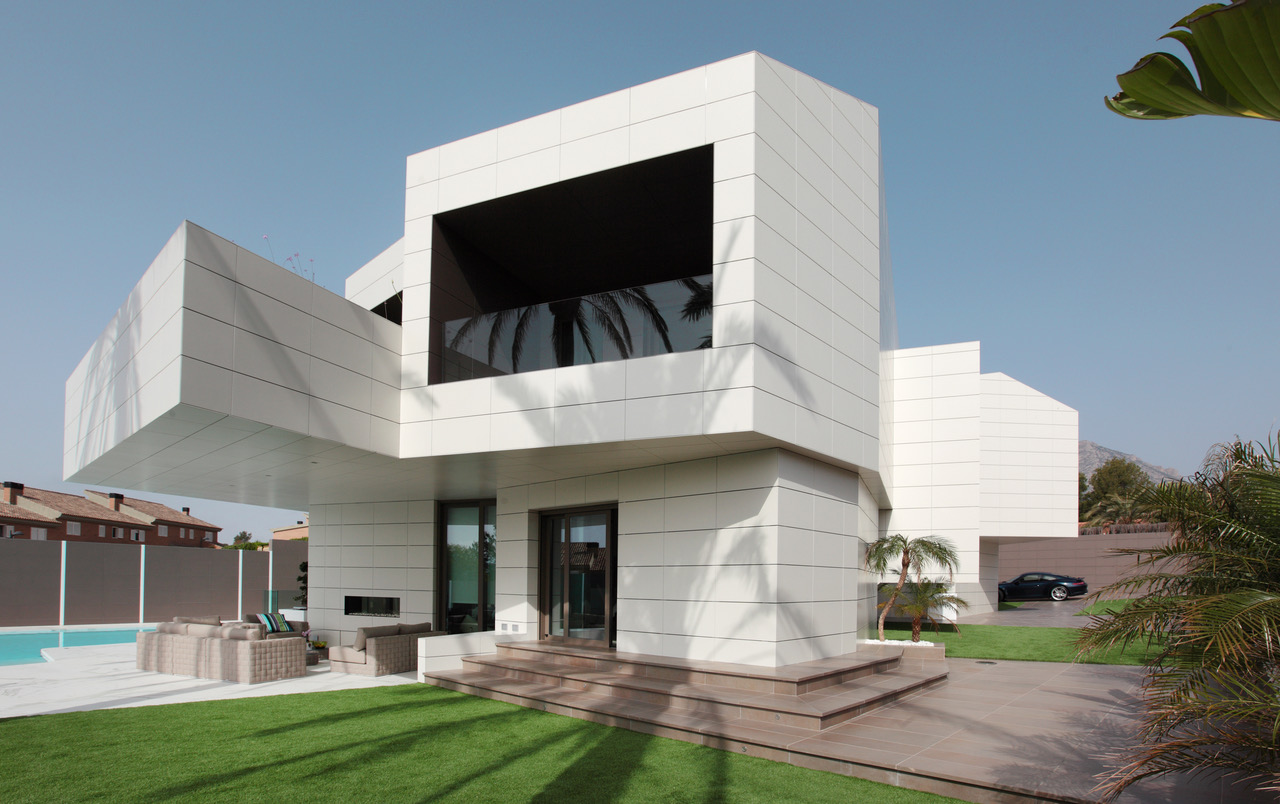 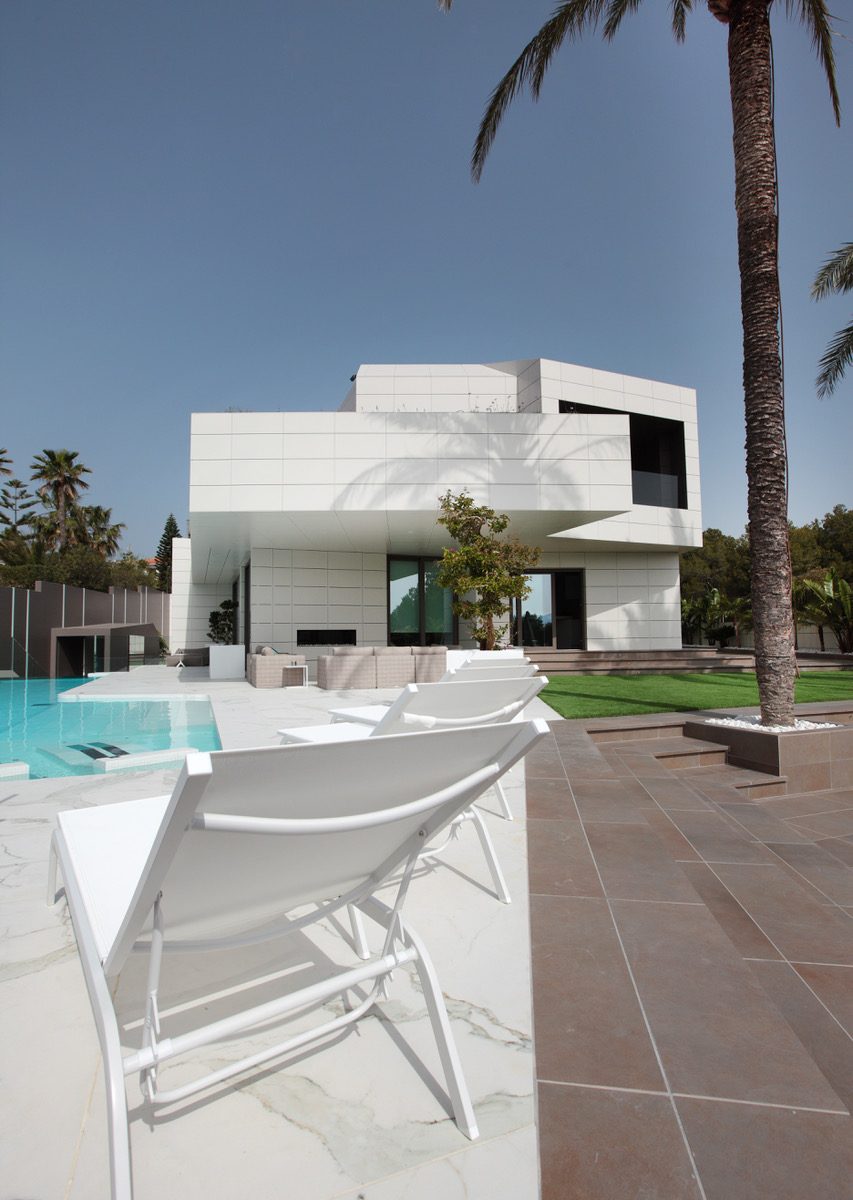 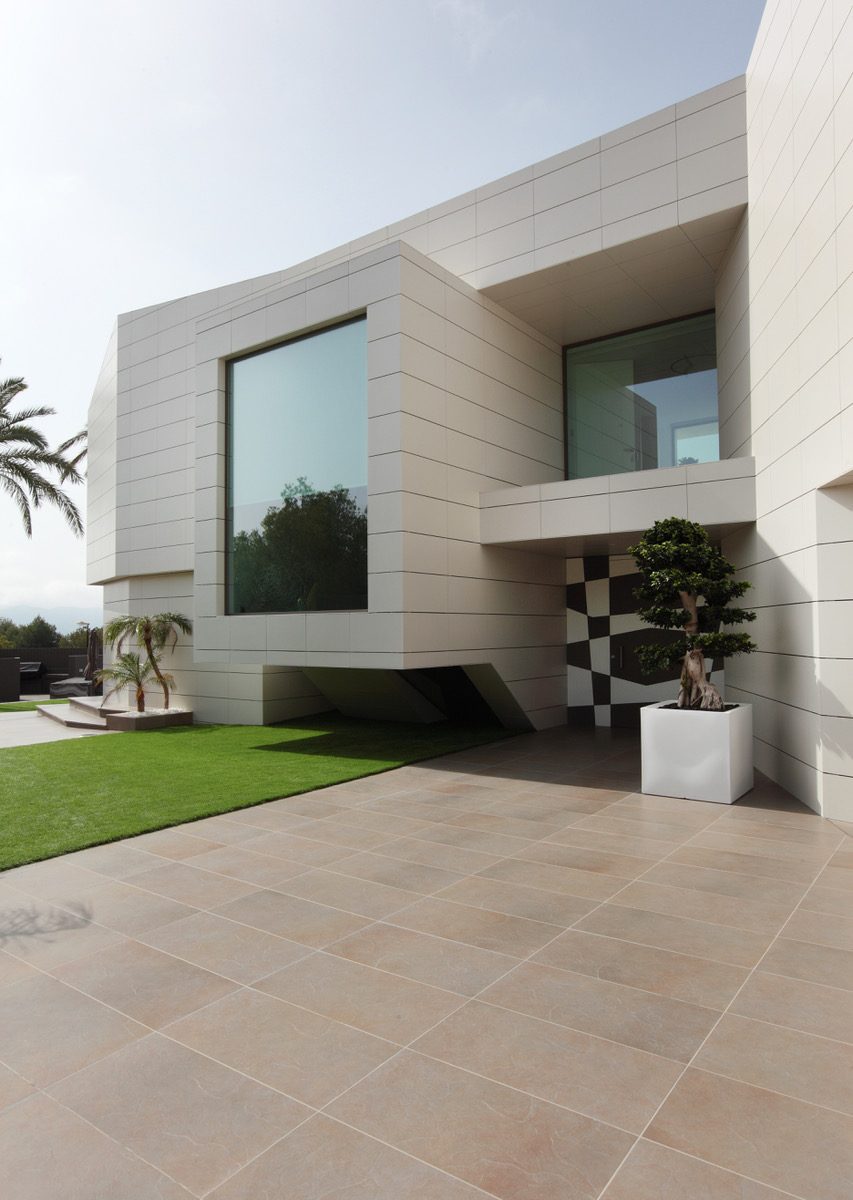 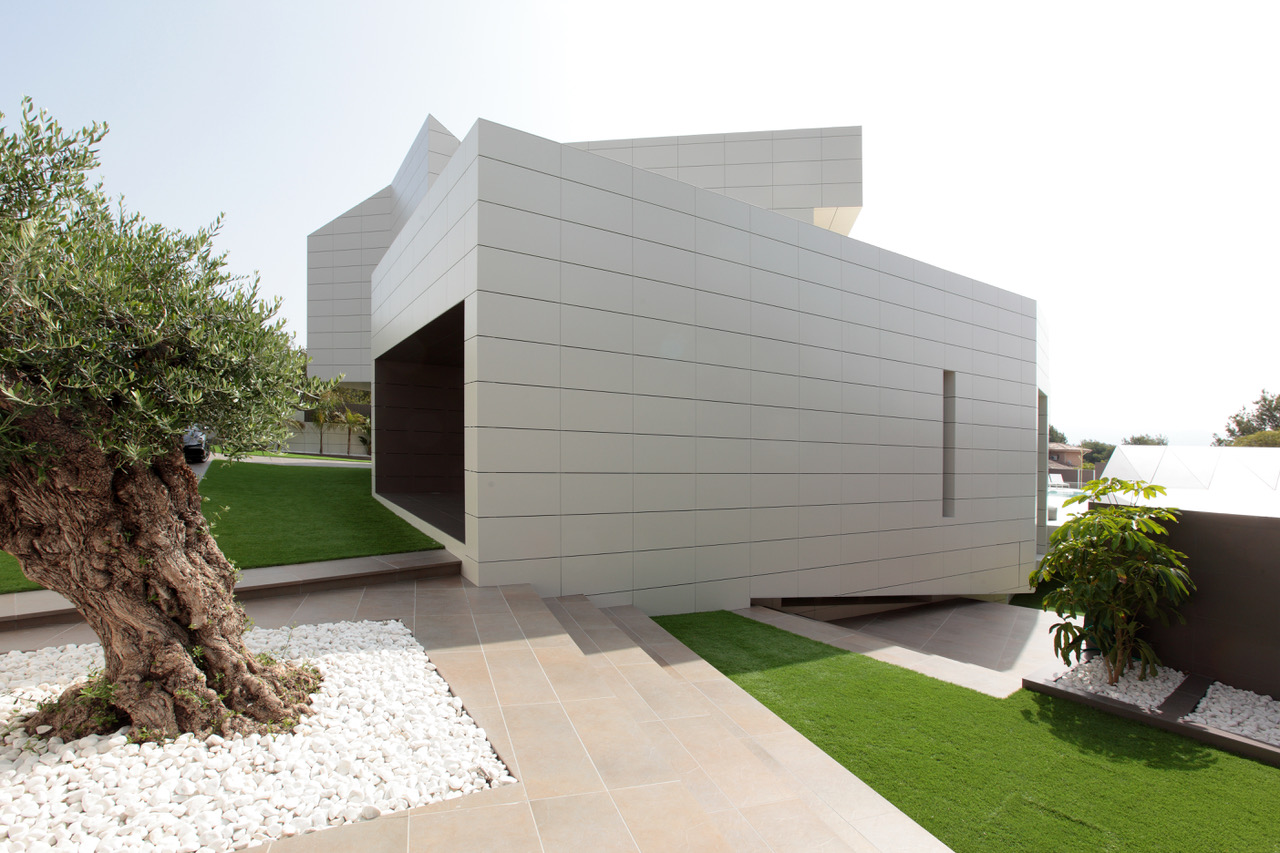 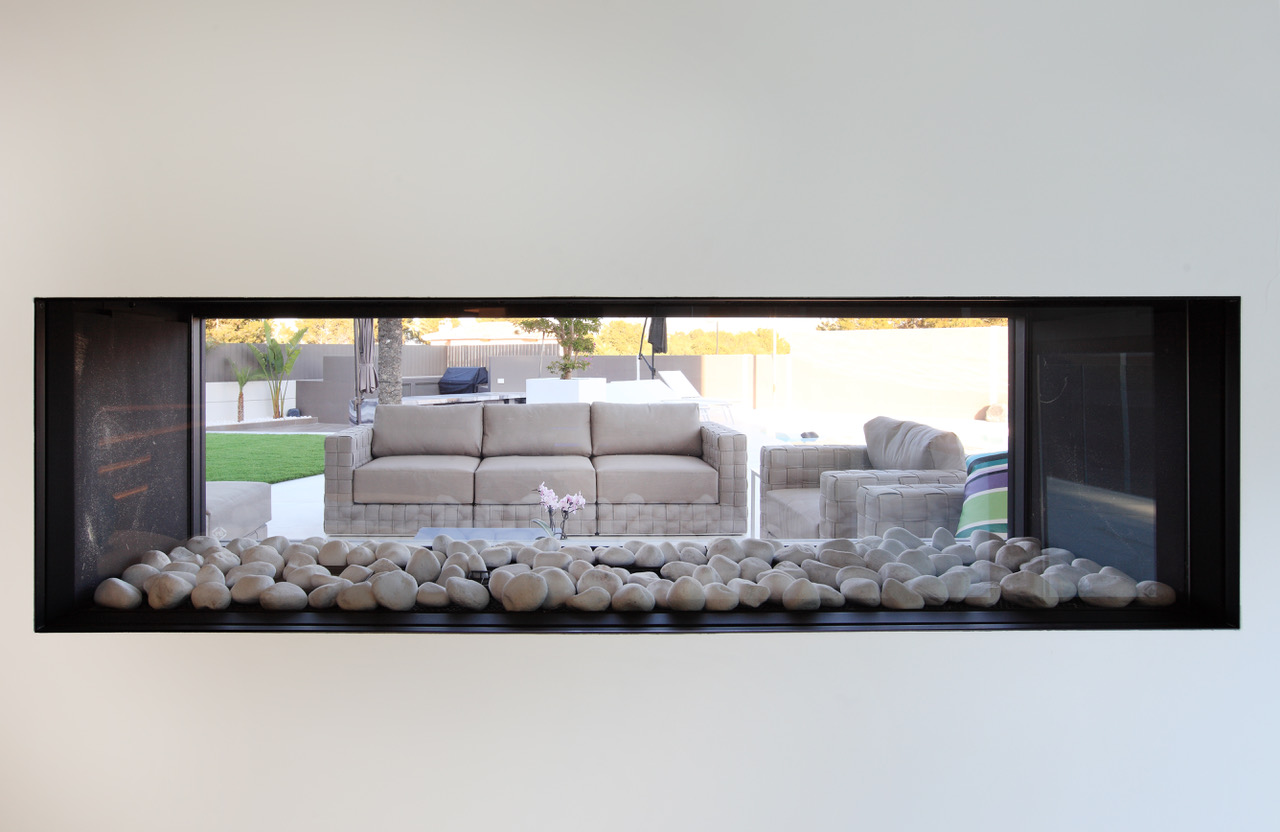 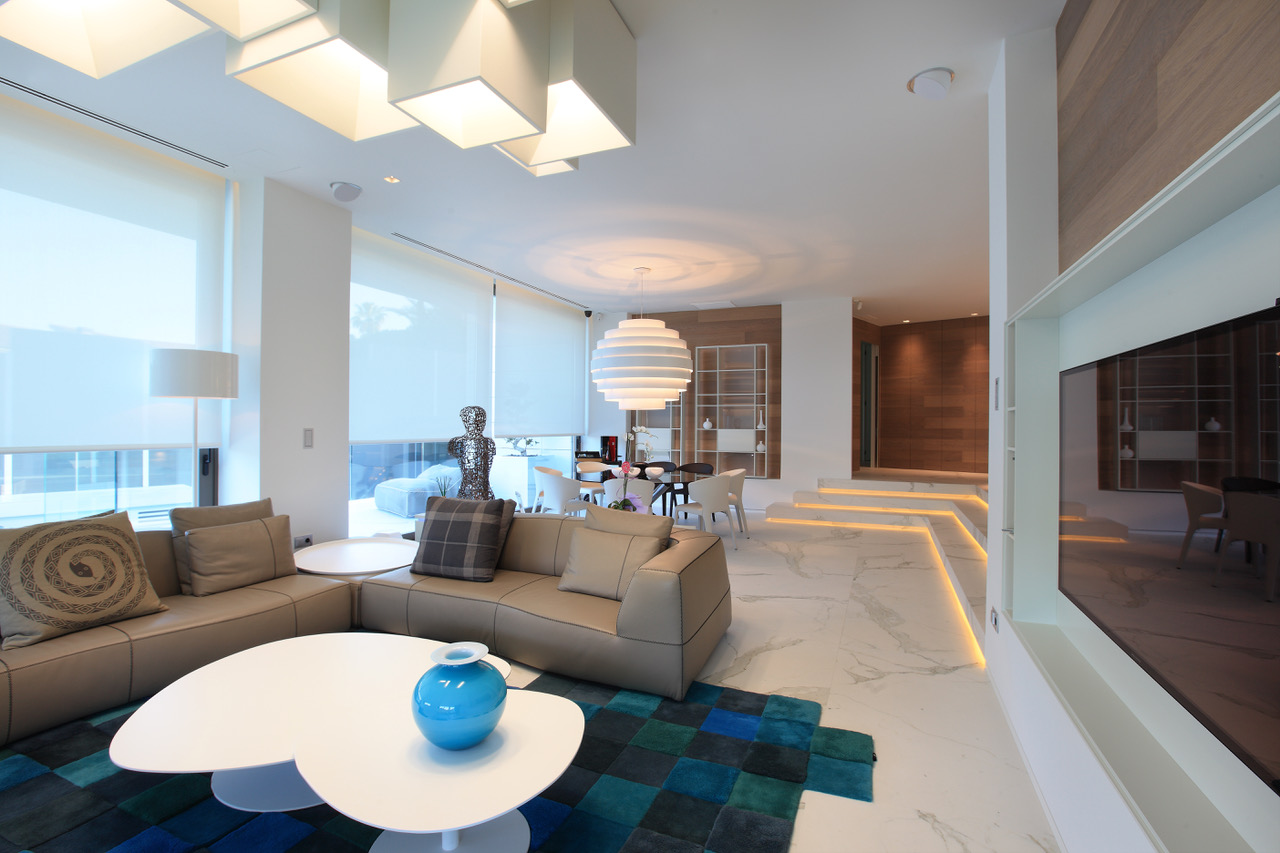 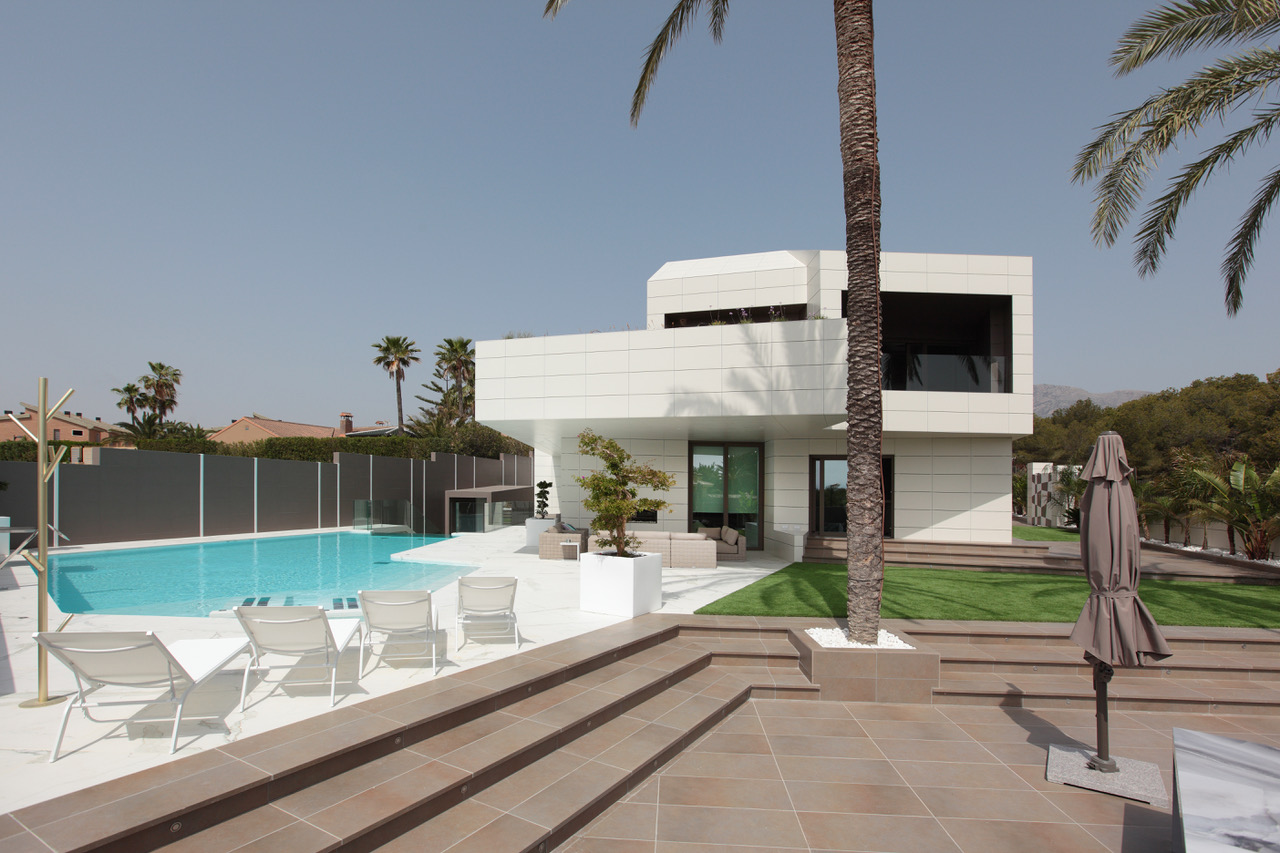 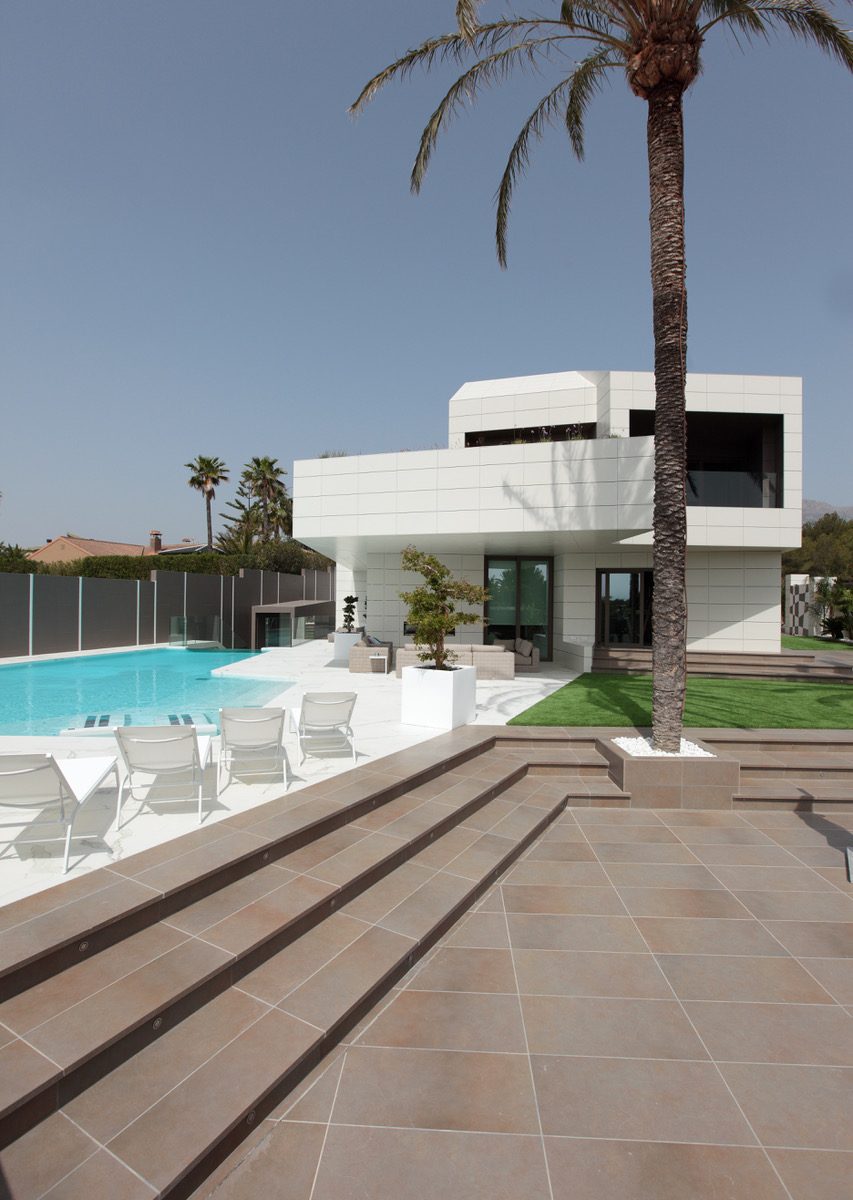 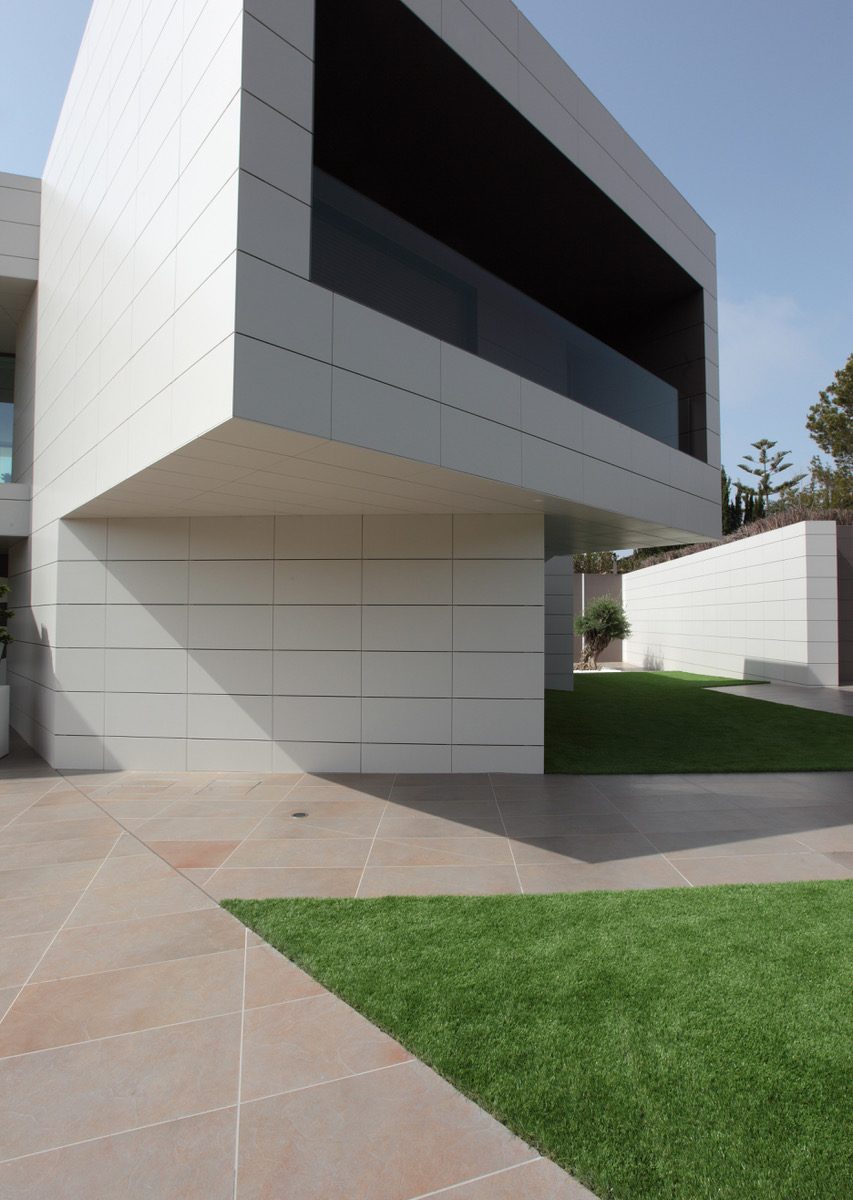 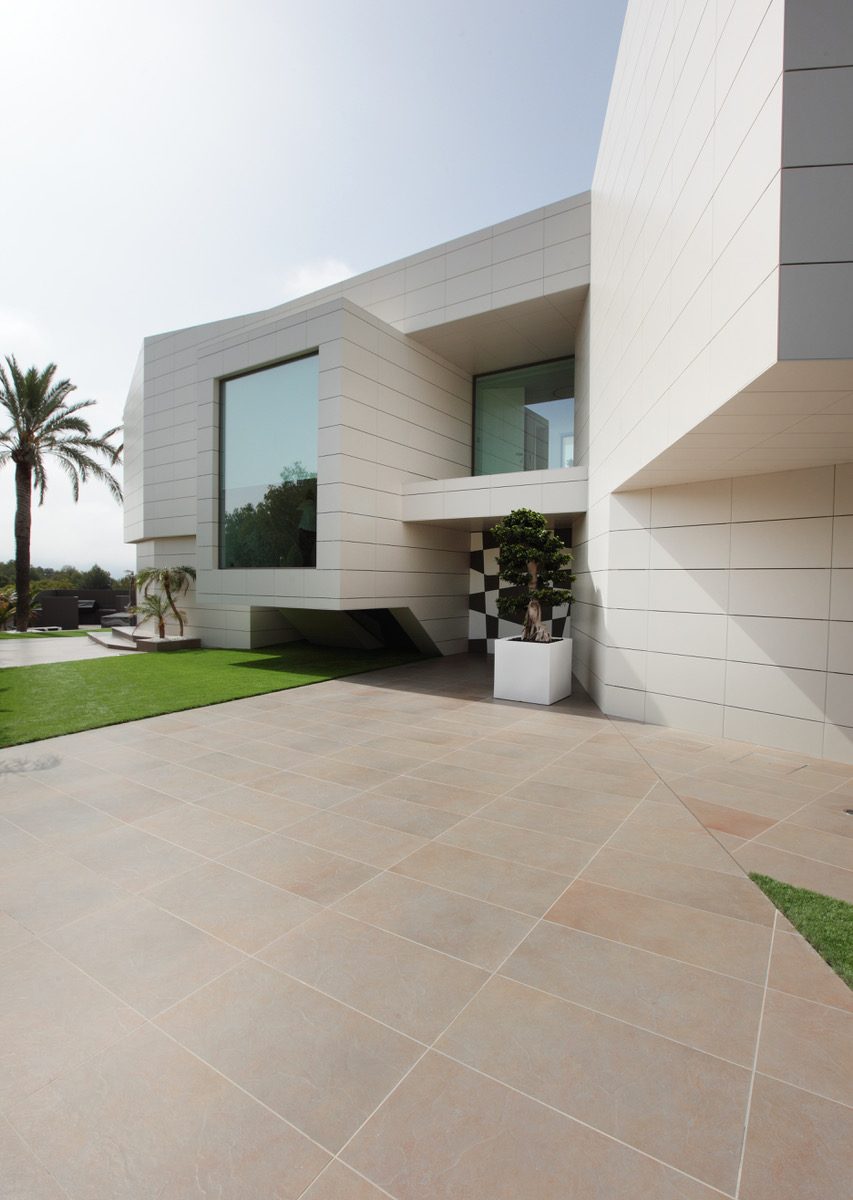 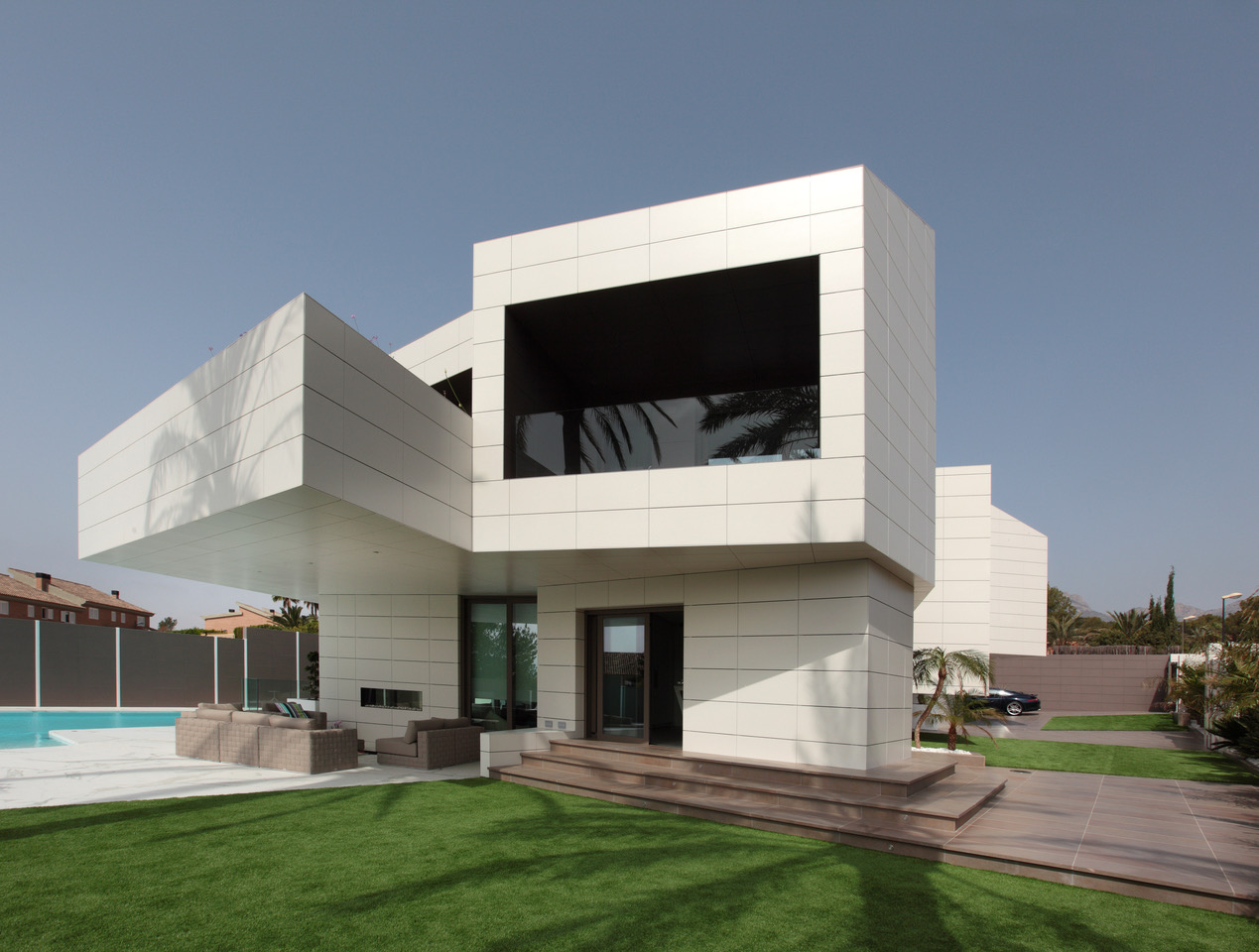 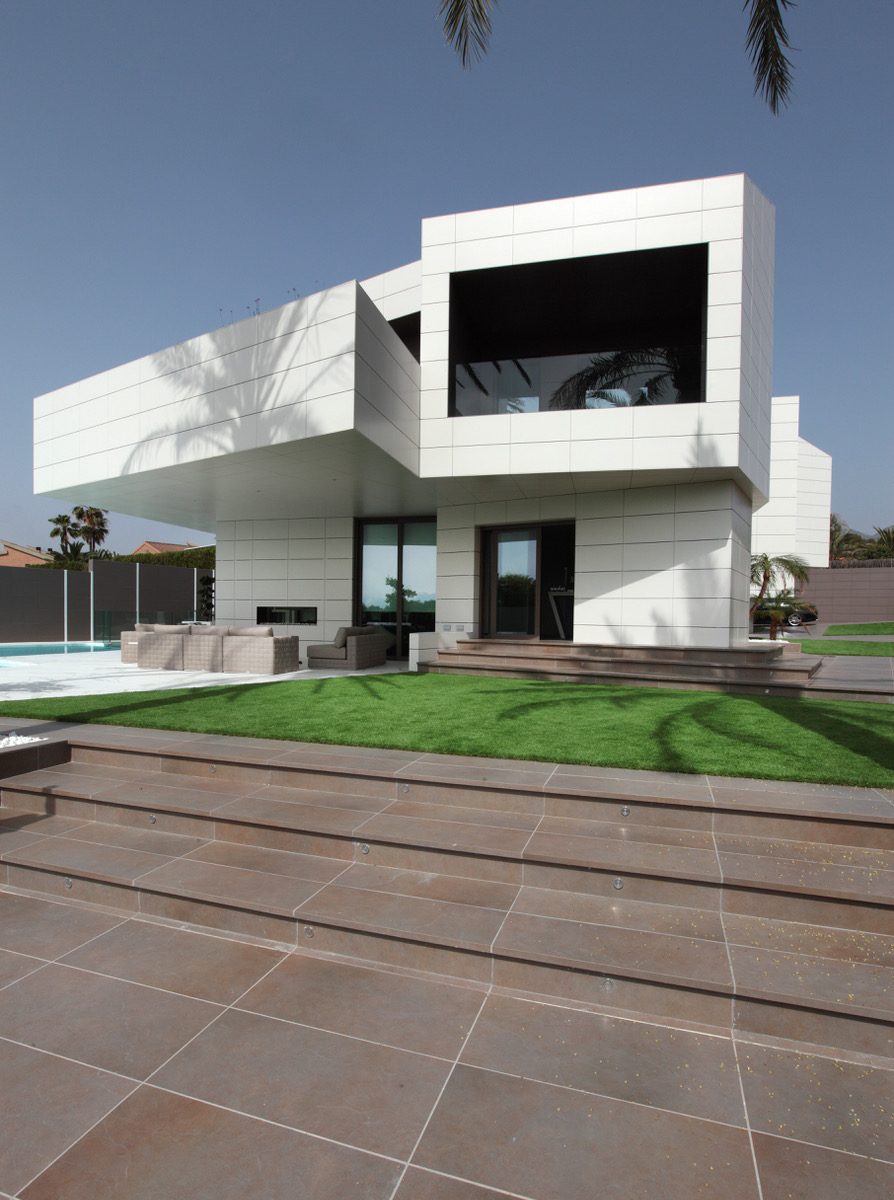 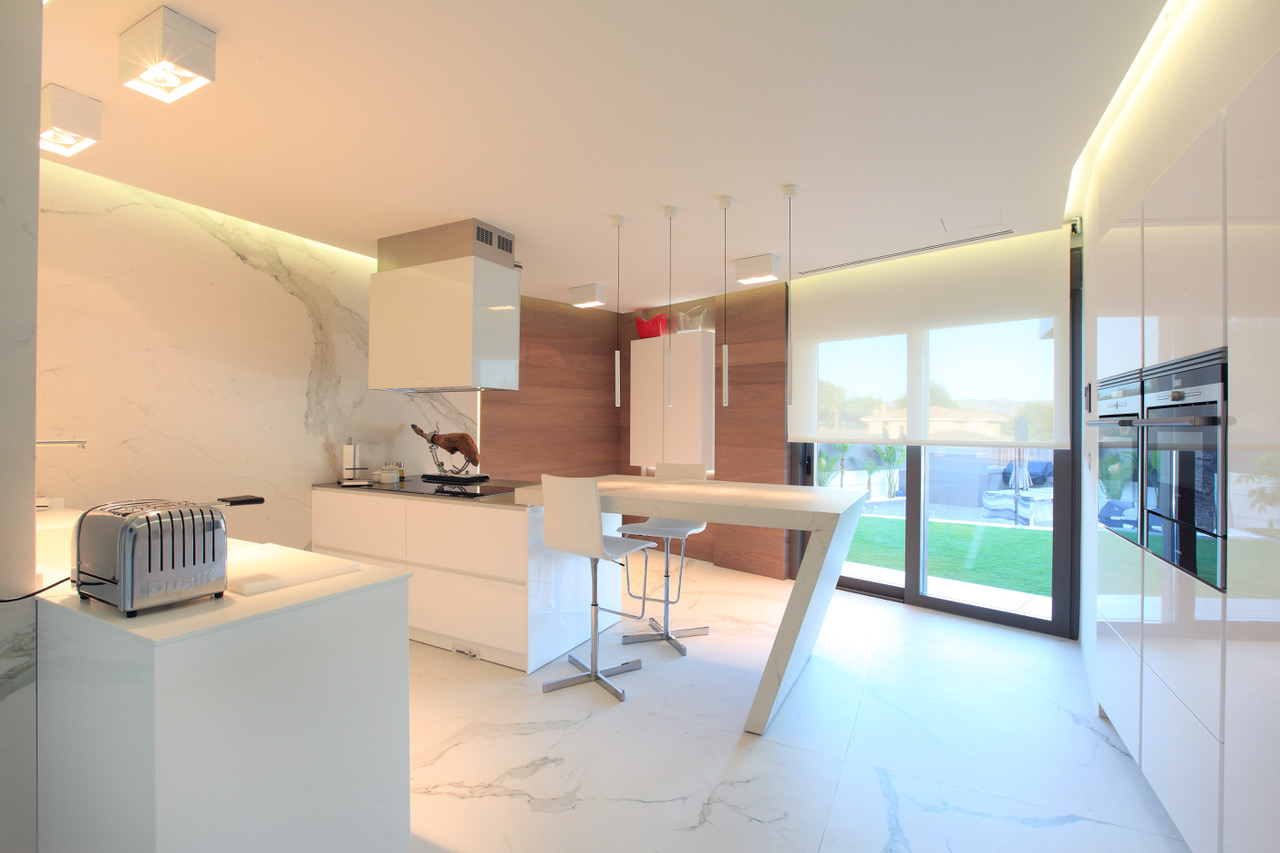 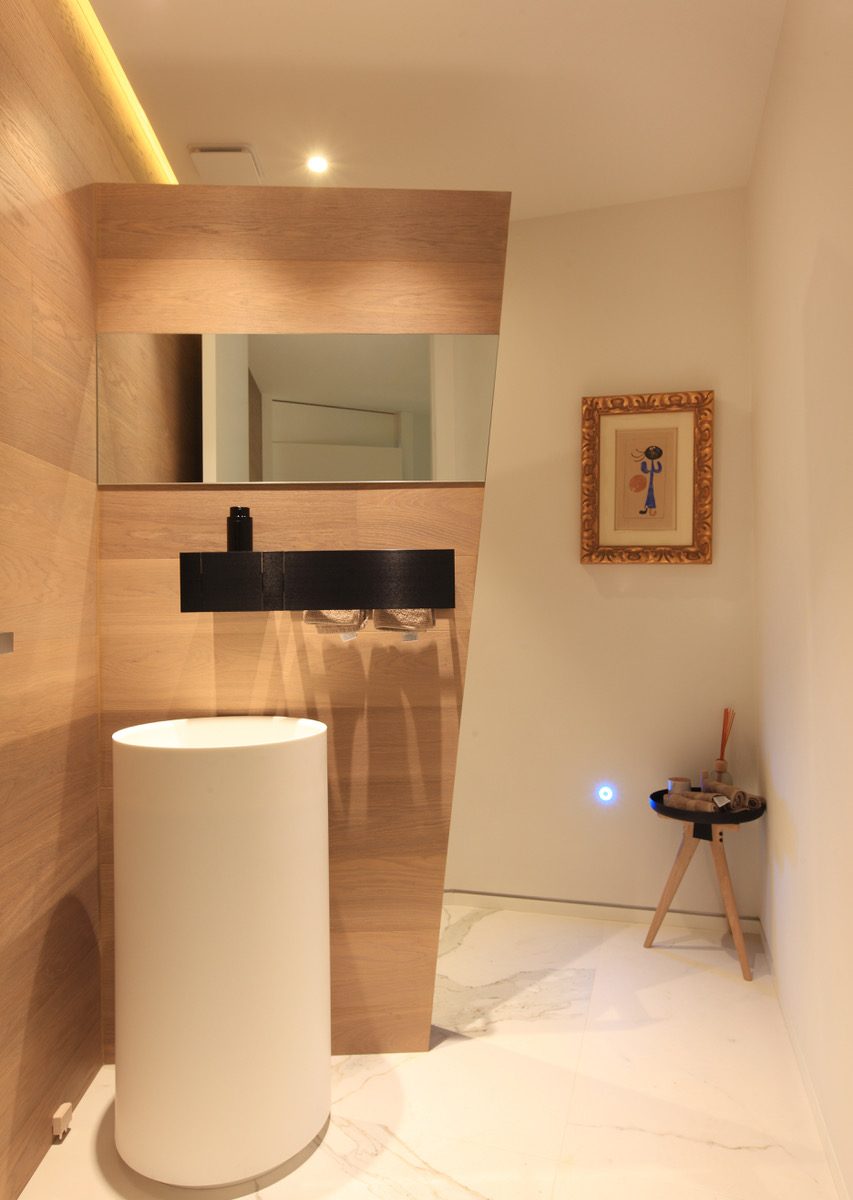 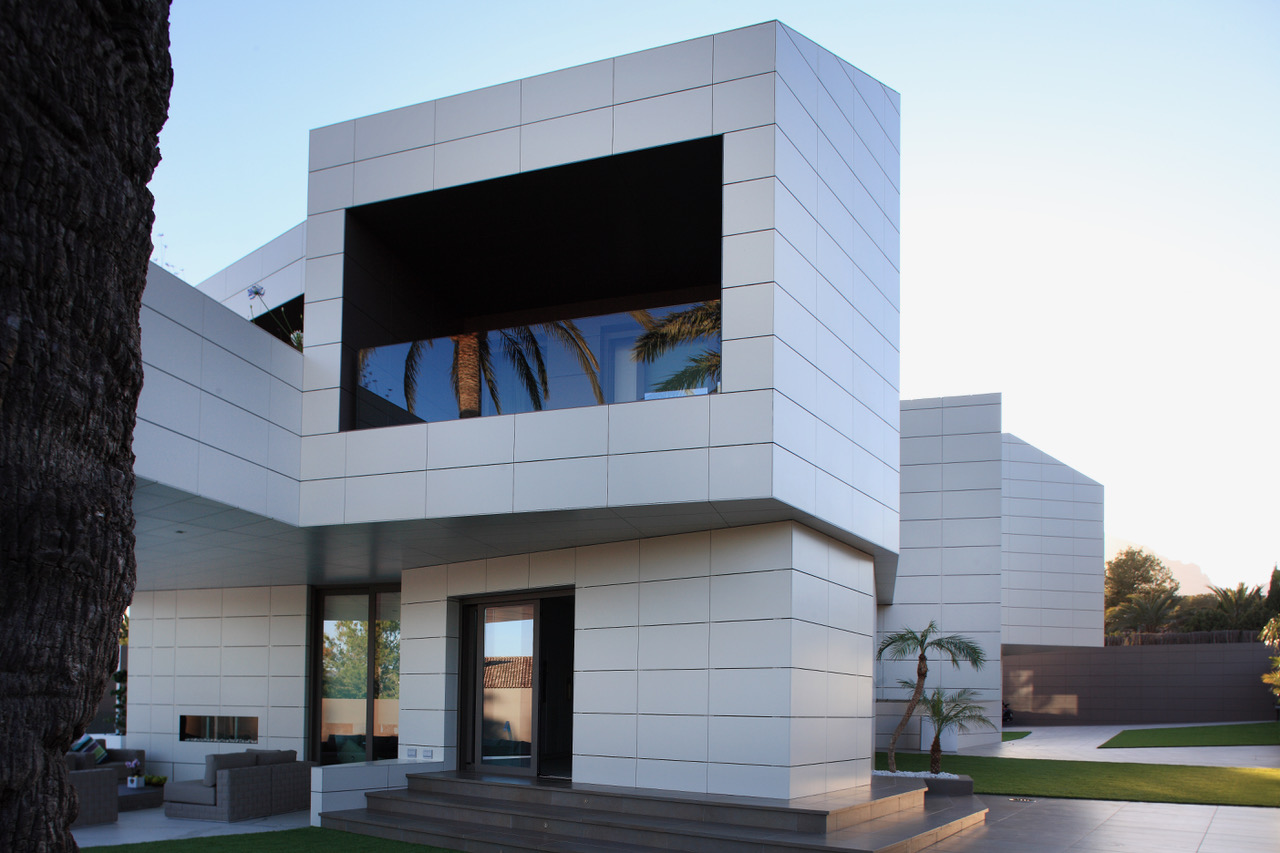 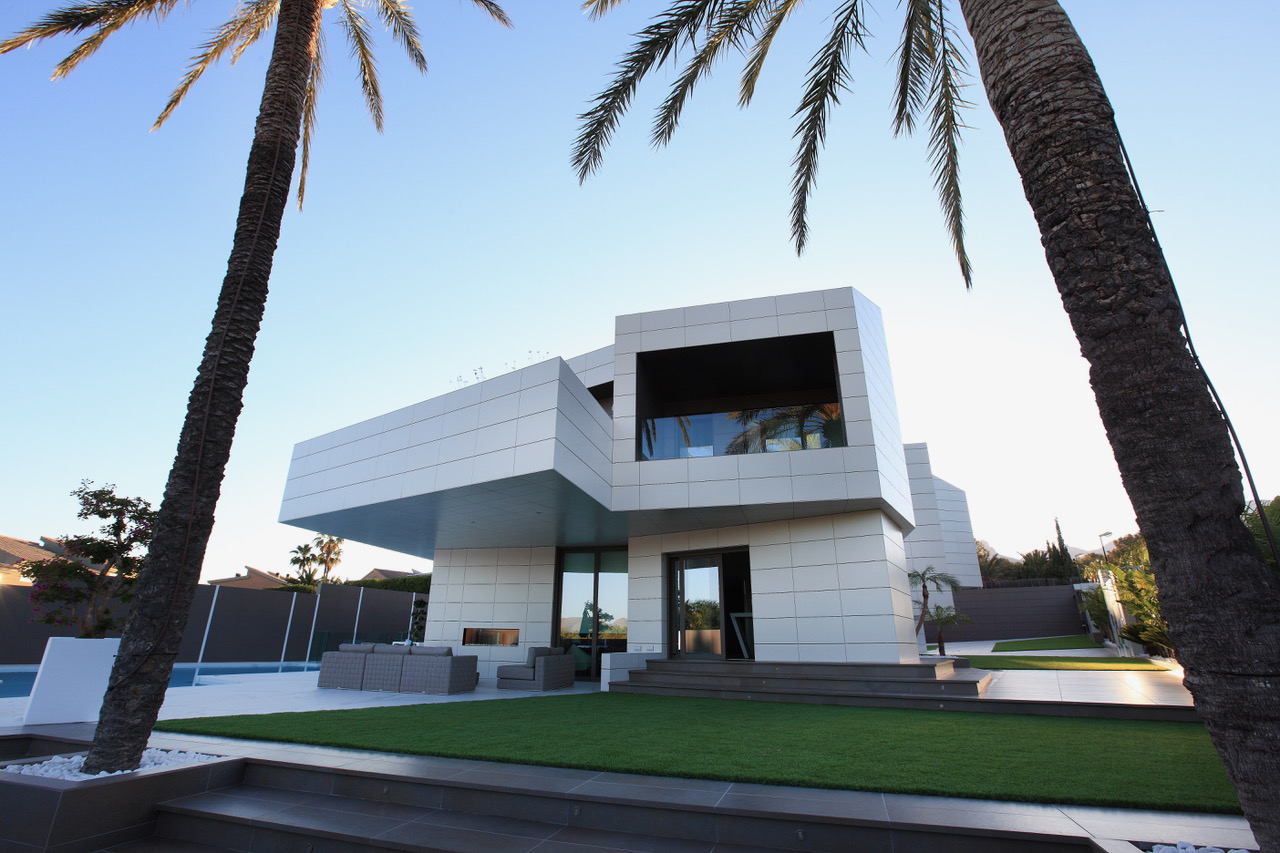 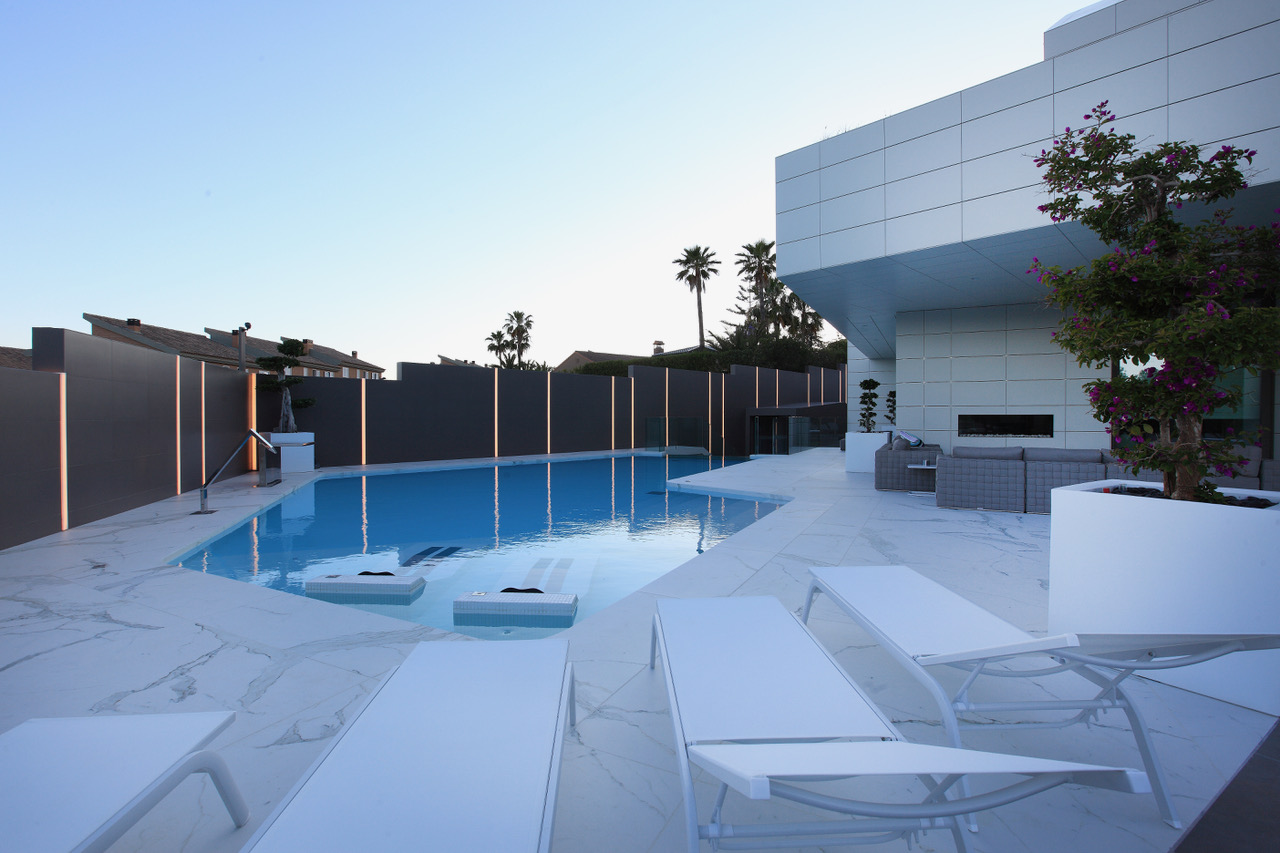 «I want you to fly» was the client’s slogan, and, faced with such an approach, we obviously had to give everything.

When we showed him the Project, he said «I told you that I wanted you to fly, and you have flown, you suc***. How much will this cost me?».

The needs program proposed by the clients responds to that of a family of 3 members, which will progressively suffer changes in the habits and customs of the same. We have tried to respond to all kinds of needs, such as the possibility of gathering a large group of relatives on specific dates for a relatively short period of time, while not losing quality or functionality in the habitability of the house nor independence of the different living spaces.

The access to the plot is by the main street that leads to the highest level of the plot. The building is placed at the highest level that the Urban Regulation allows, in order to provide the best possible views at the same time that the pool area is locked to an ideal height being protected from external views.

By accessing the plot at its highest level, we are really accessing the building from the rear and we limit the public access to the garage area and the main entrance hall of the house. In this way, the garden area, the pool and the solarium are situated next to the dining room, the private area of ​​the house, protected from the most immediate access and from where the best views can be seen as well as having sun throughout the year.

The house is subdivided into three levels, the Basement of undefined and complementary use, the Ground Floor with a public character and the Upper Floor that functions as three independent and private apartments, which function almost as autonomous units from the rest of the house.

Externally, the materials define a white and solid volume, which is folded back on itself originating the different spaces of use that relate interior and exterior at different levels.

The concept of opening towards the correct orientation is apreciable  in the treatment of the different gaps, therefore it seems that even within the same façade, each seeks to orient the views towards specific points.

The dwelling is crossed by an axis of communication. Each and every one of the different functional subunits are guided by this criterion.

It is based on what we could define as a radial scheme, in which the layout of the enclosures is deformed looking for the best possible orientation, allowing a total illumination and orientation of the different interstitial spaces that remain, while maintaining independence between them.