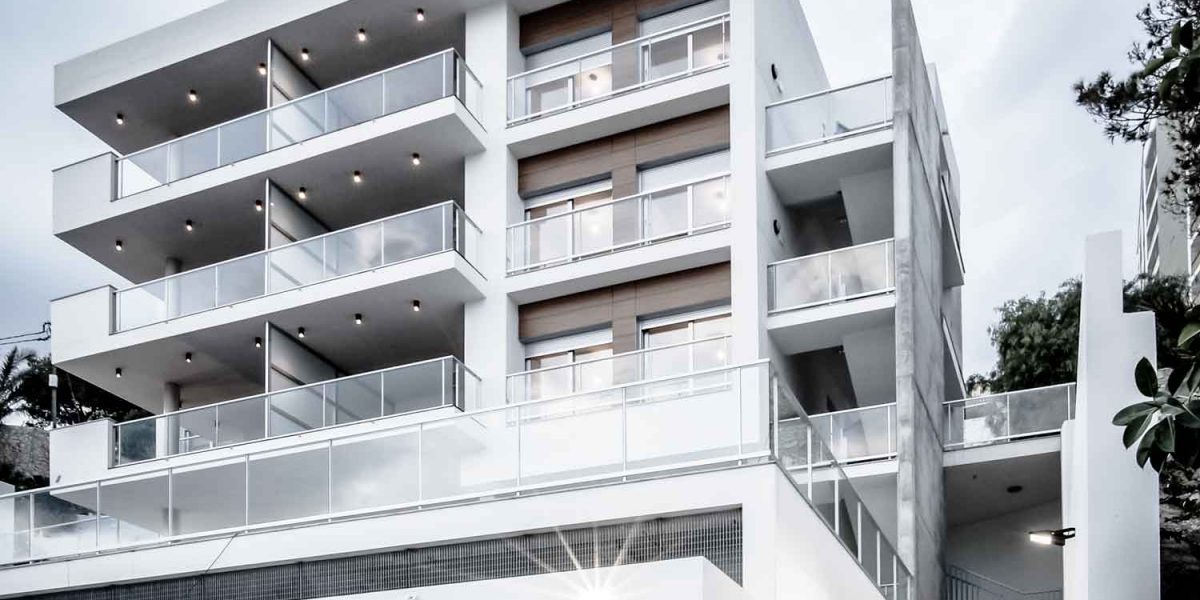 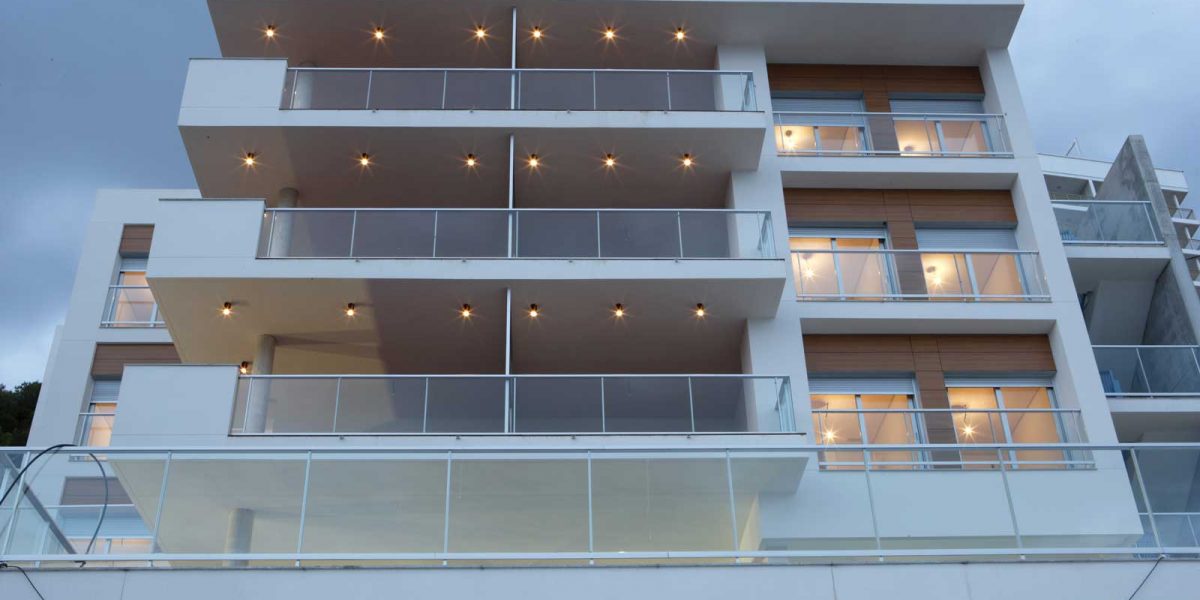 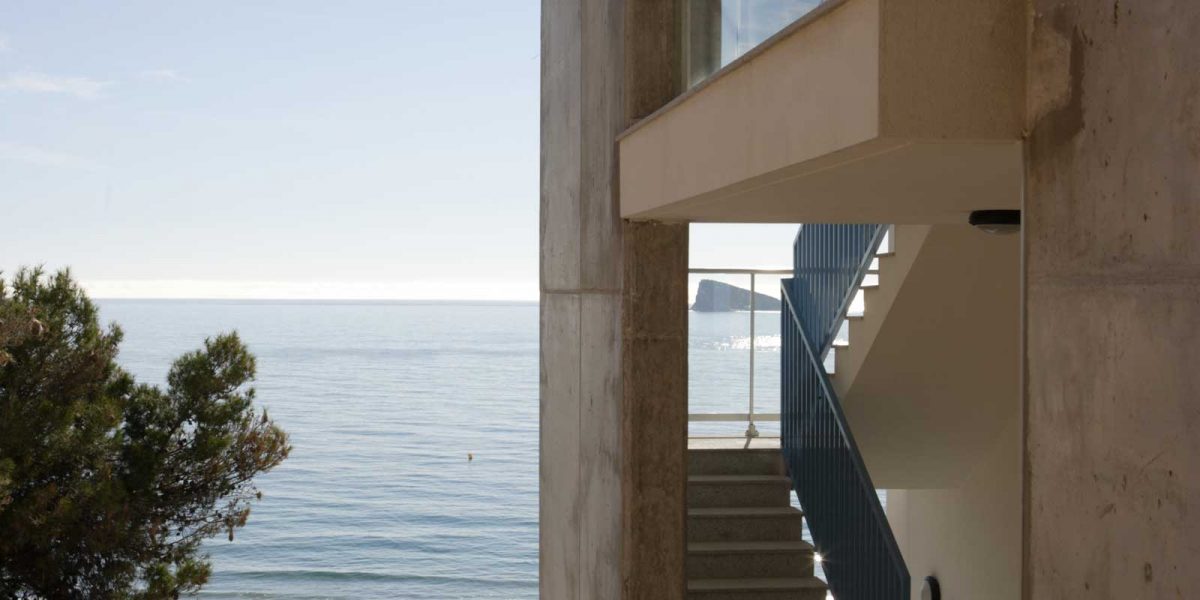 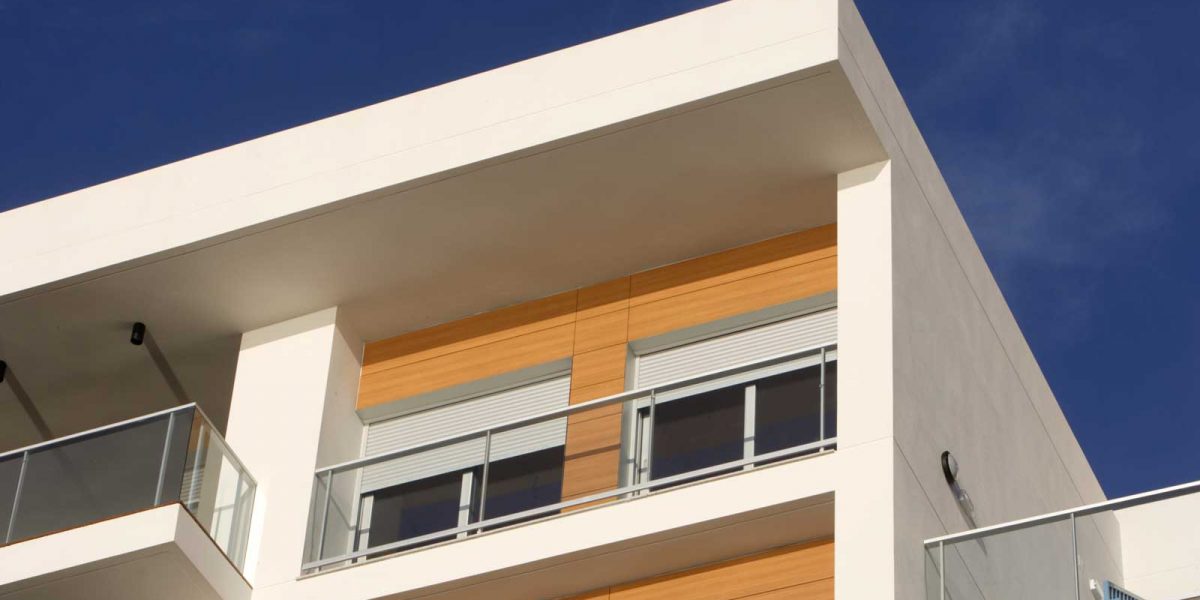 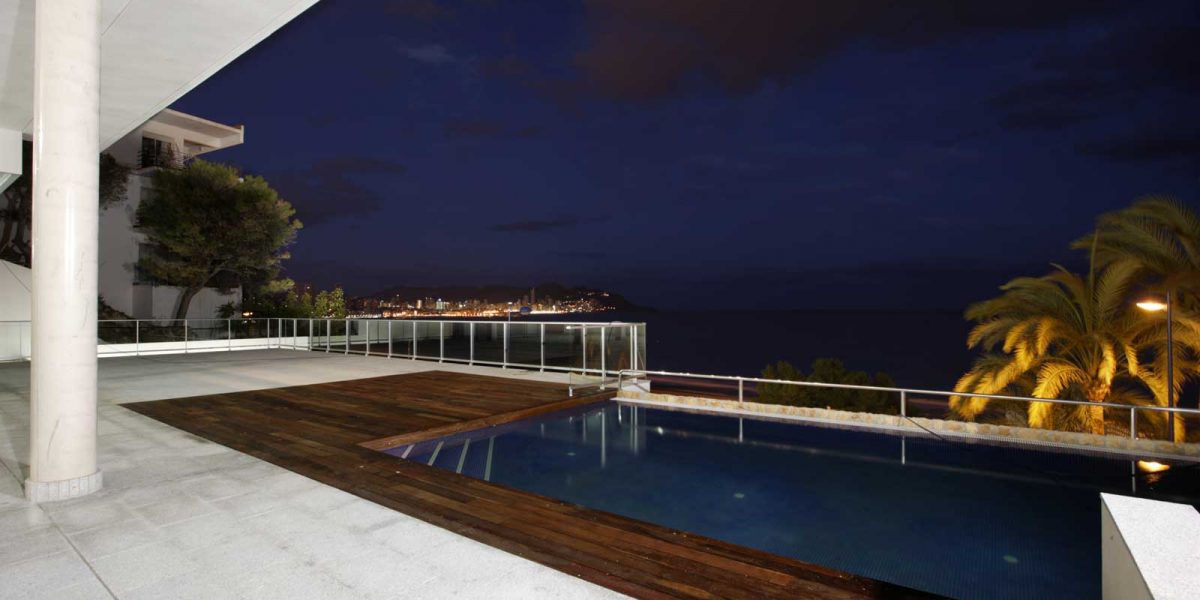 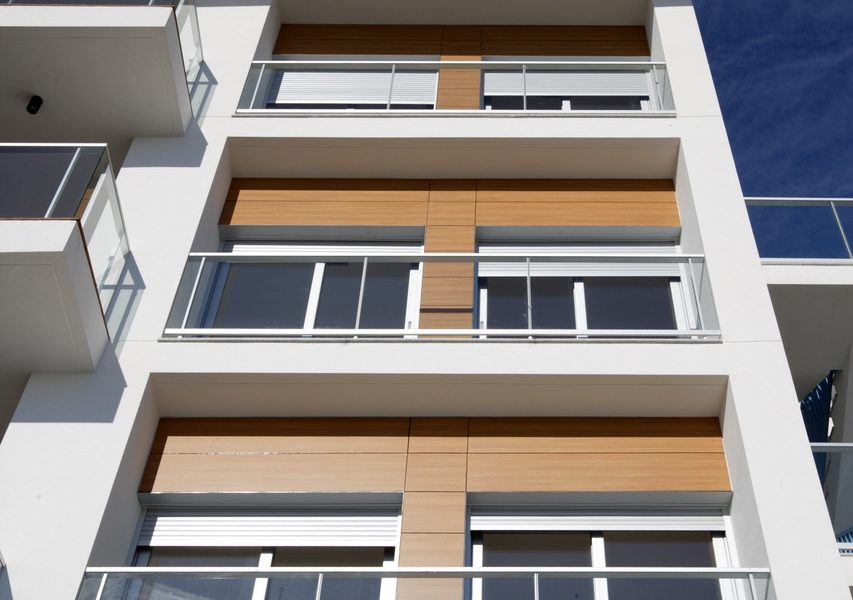 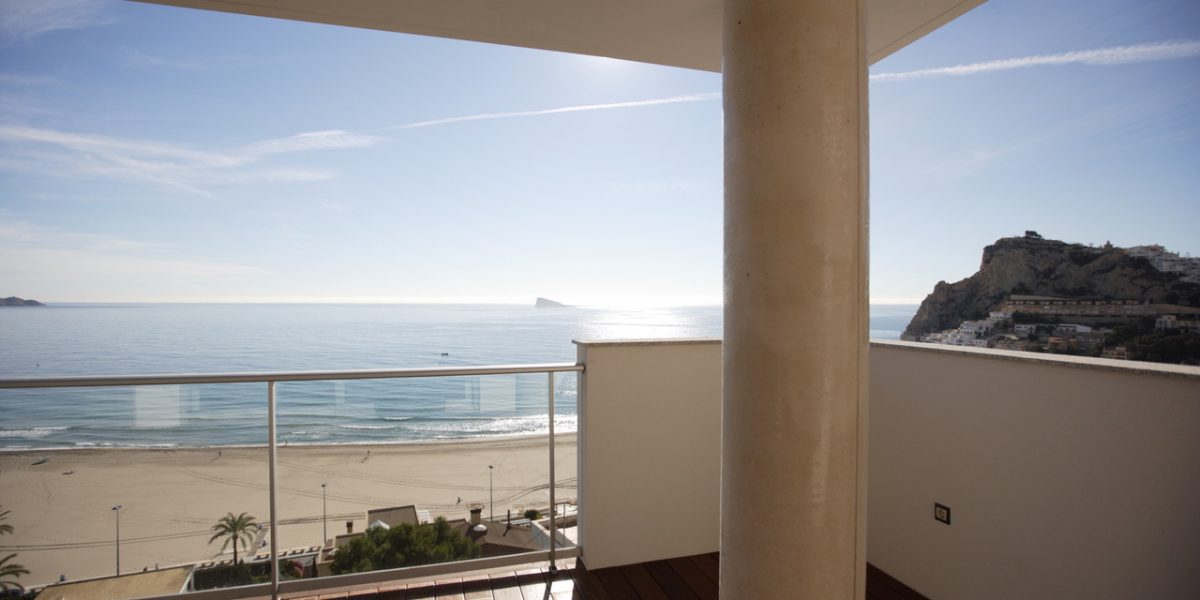 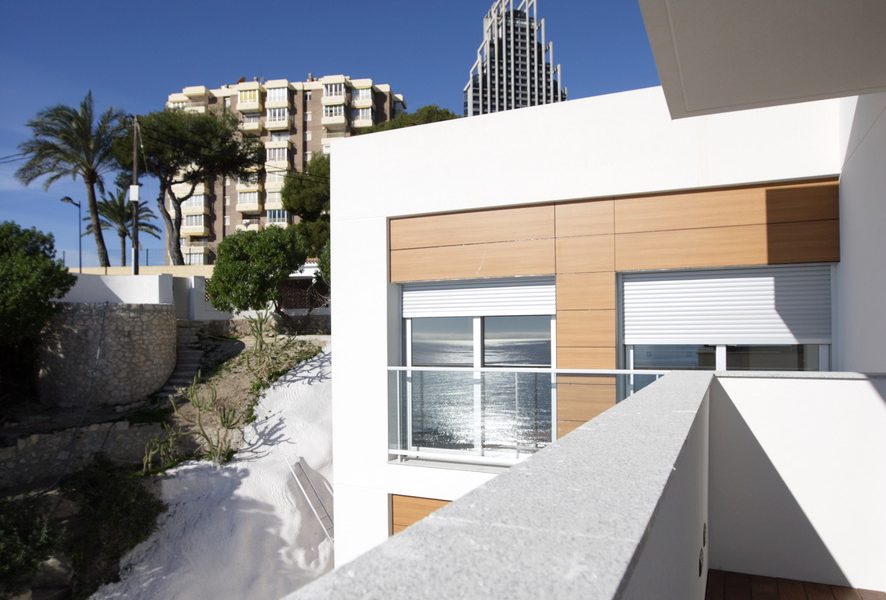 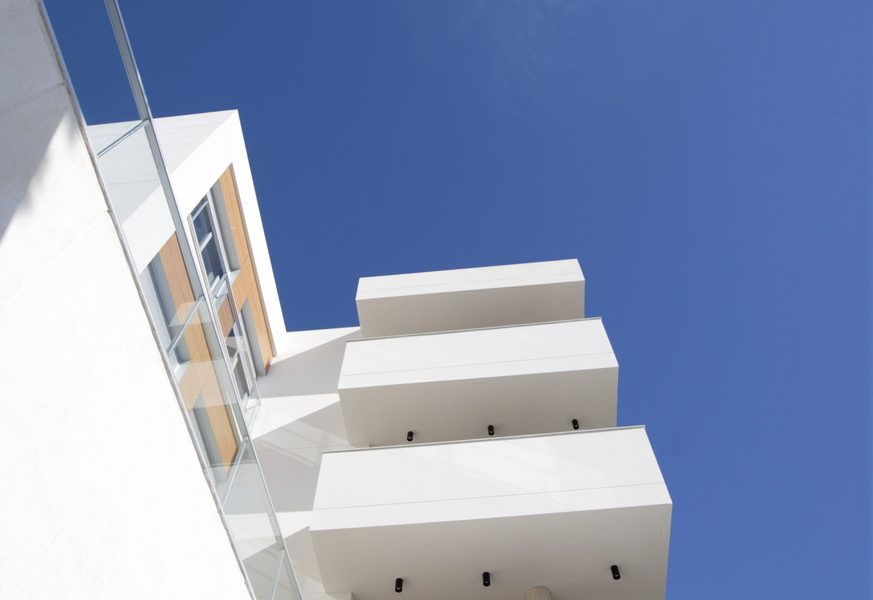 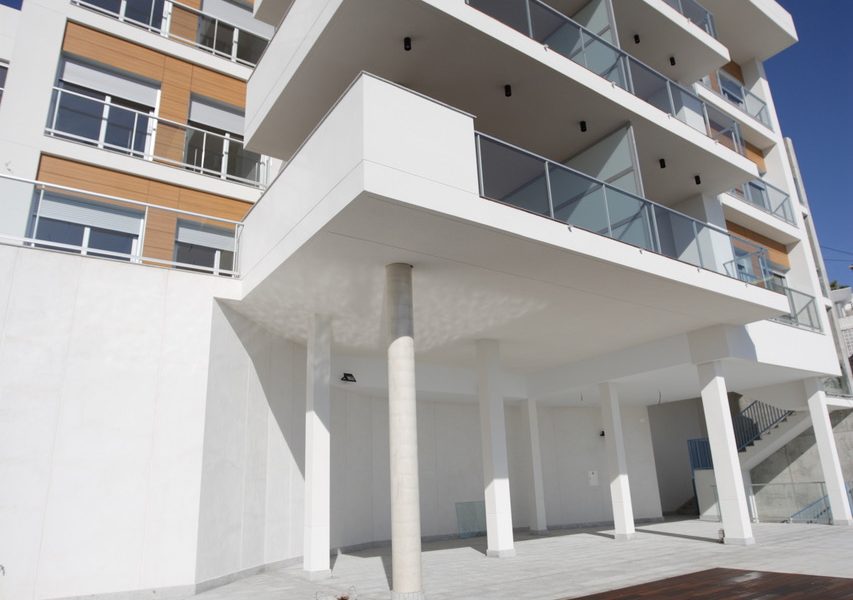 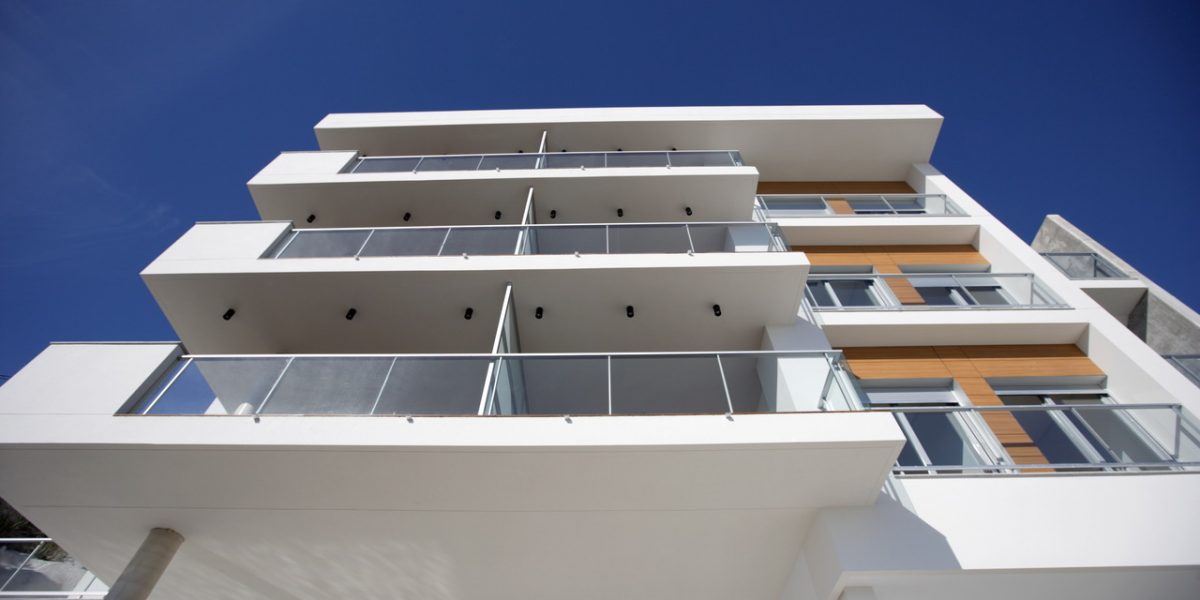 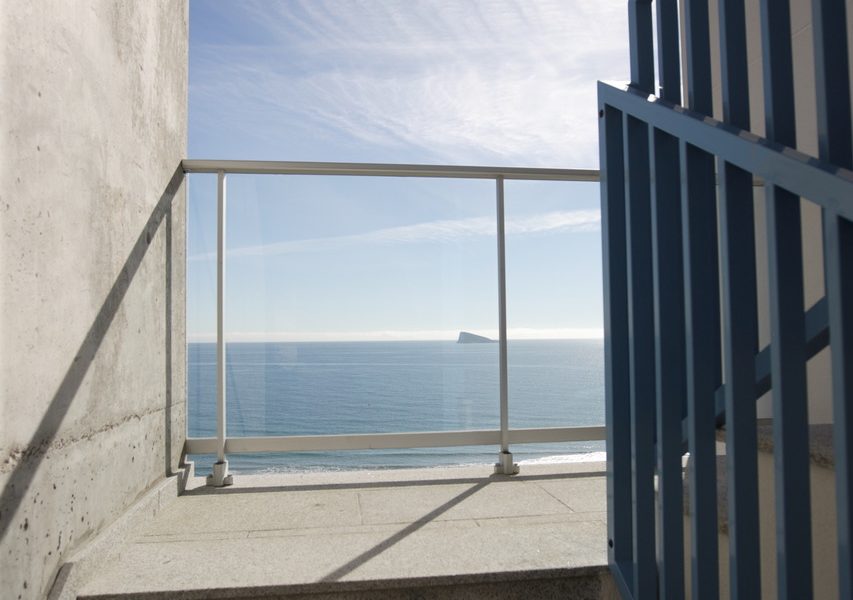 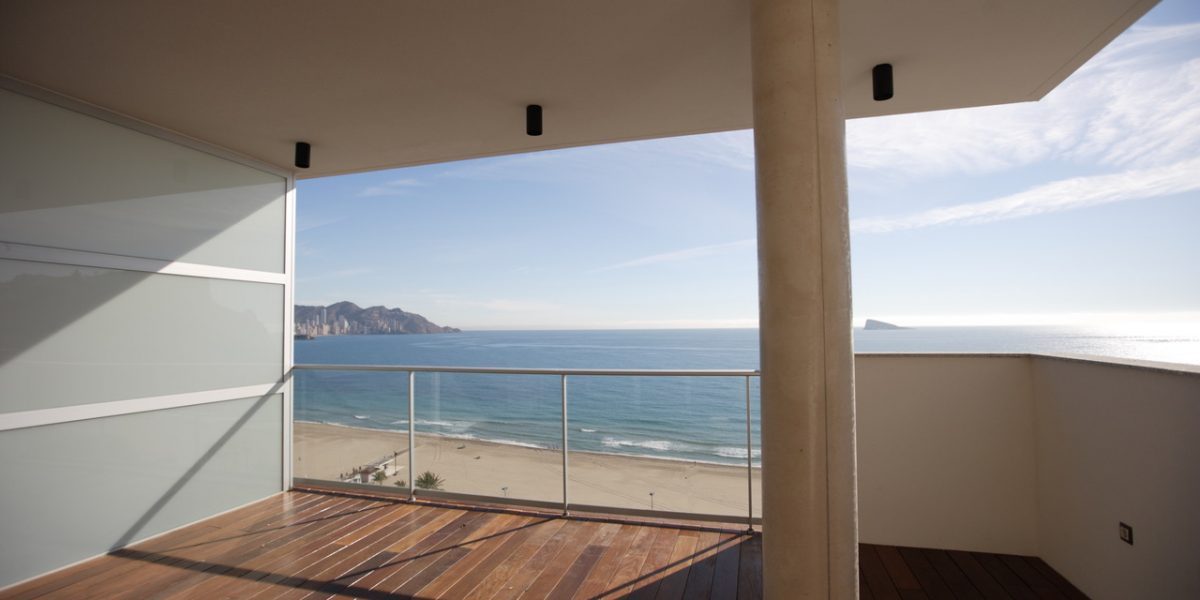 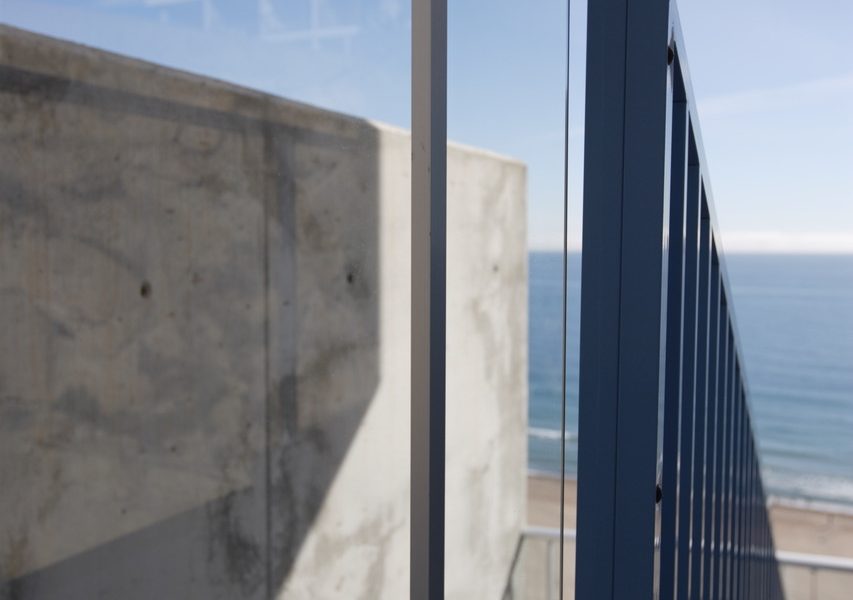 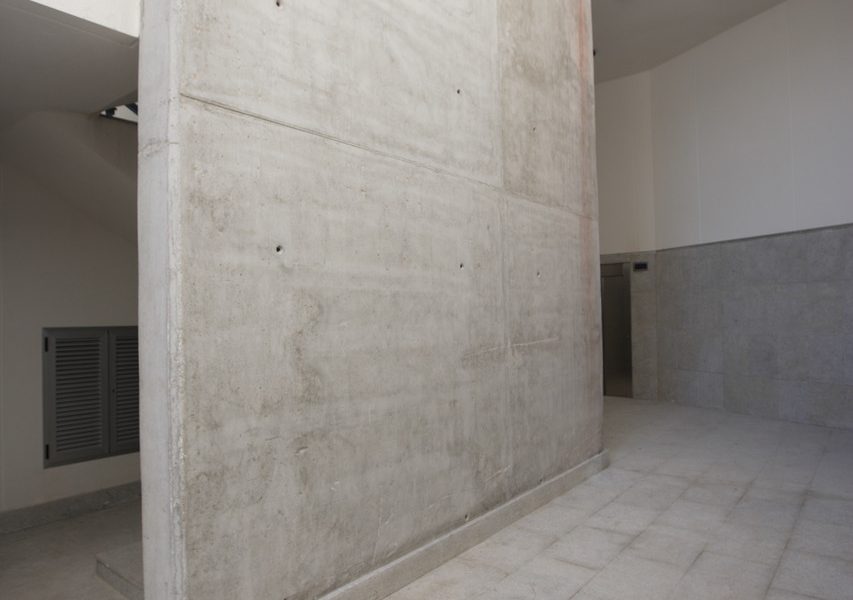 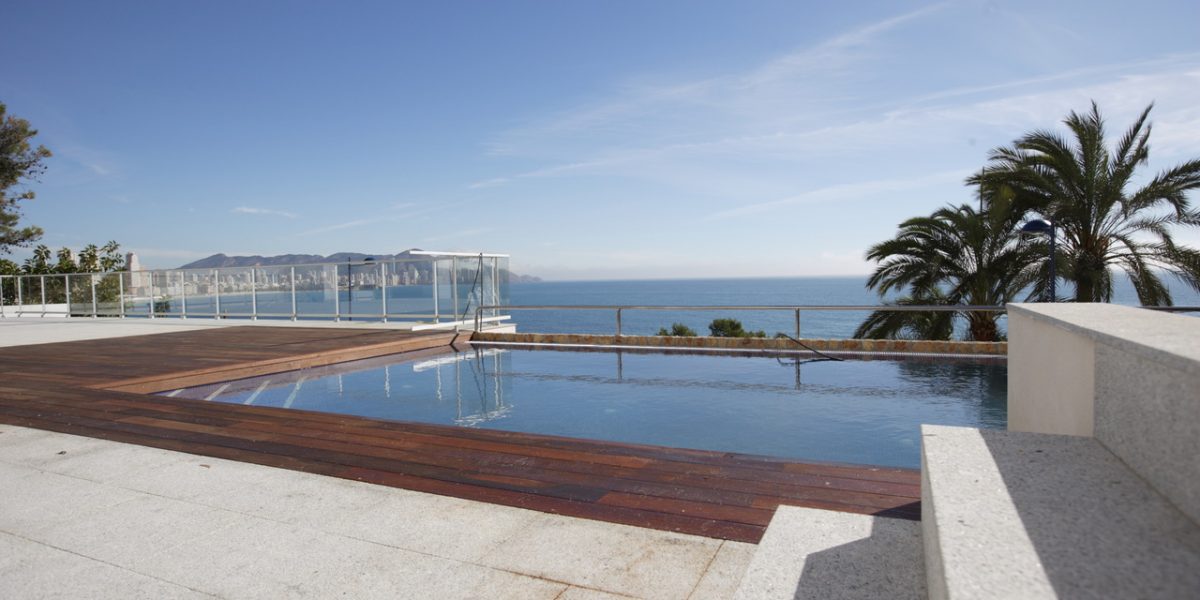 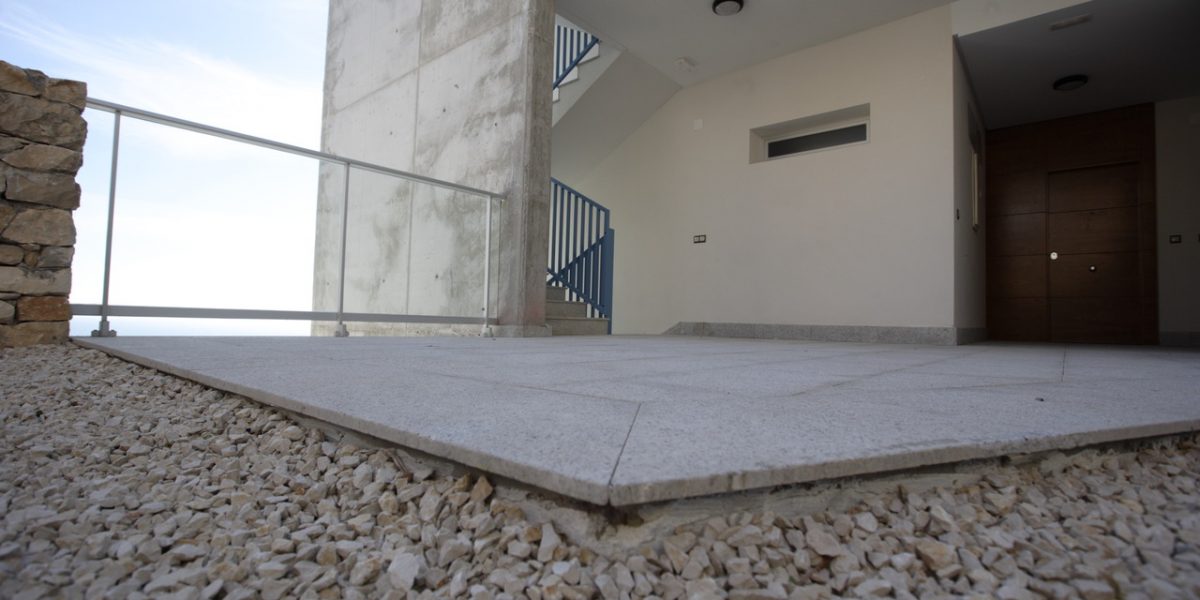 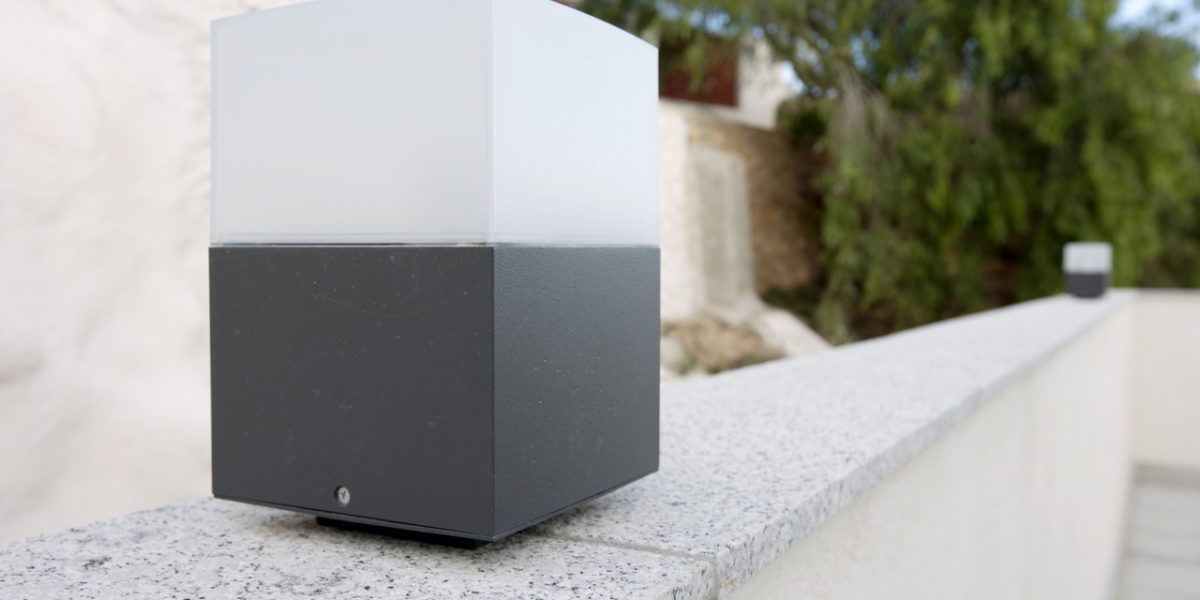 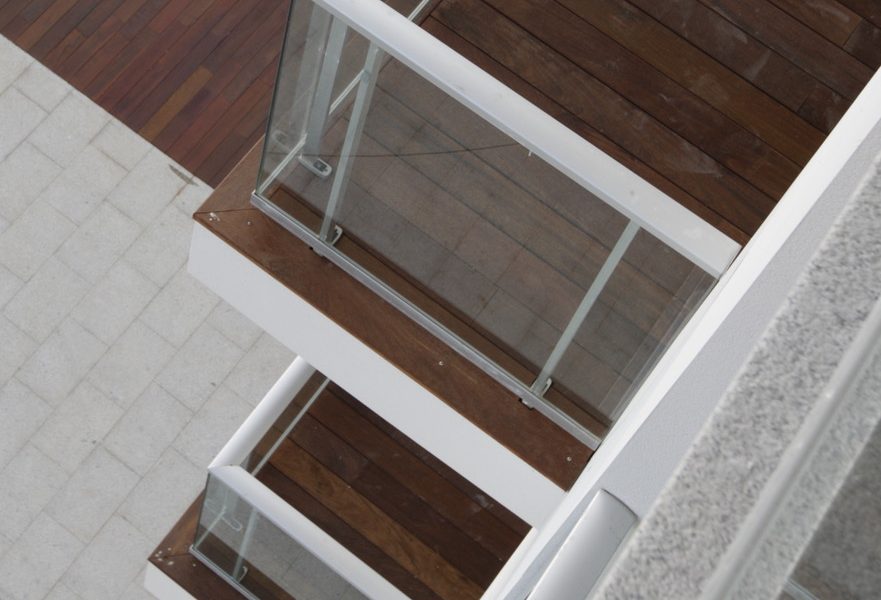 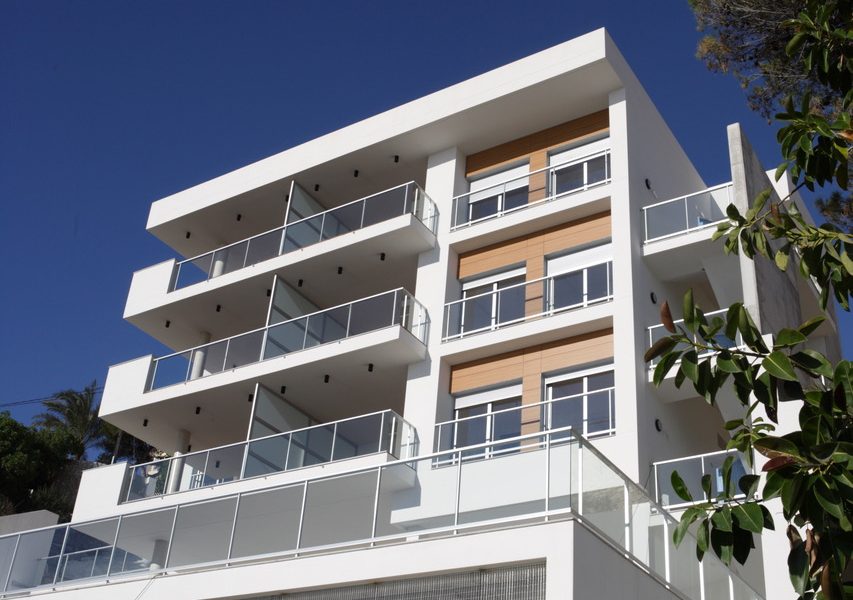 The block of flats is located at an intermediate level between two streets bordering the lot, South-facing.

Main entrance, swimming pool and solarium area are located in its front facade, with sunlight throughout the day and views over the Bay, while the rear façade maintains a comunication with the orography of the land through different gardens and walkways, that facilitate the access to each one of the houses.

In the indoor distribution efforts have been made to face all rooms to the South, developing building typologies that make possible, therefore, the views of the Bay from all units.

At the same time, it has been sought to achieve the light access to all points of the houses, opening windows in corridors and halls, areas traditionally unusual for this type of natural lighting.

Cross- ventilation has also been tried where possible. Windows have been opened in the façade North and South, establishing a visual tension between the magnificent views of the Bay of Benidorm, which tend to the South and the back gardens of the plot adapted to the slope of the North facade.

The combination of these materials of tectonic nature, together with a formal effort so as not to differentiate the housing block of the retaining wall or the covers of the footbridges, ensures that the result is perfectly integrated into the orography of the terrain.

Thus, it seems that the white prism where the houses are situated, has been deposited on the slope of the land, seeking the best orientation and establishing in turn a tension between the views that are opened to the south and the spaces that it generates with the slope on its north facade.