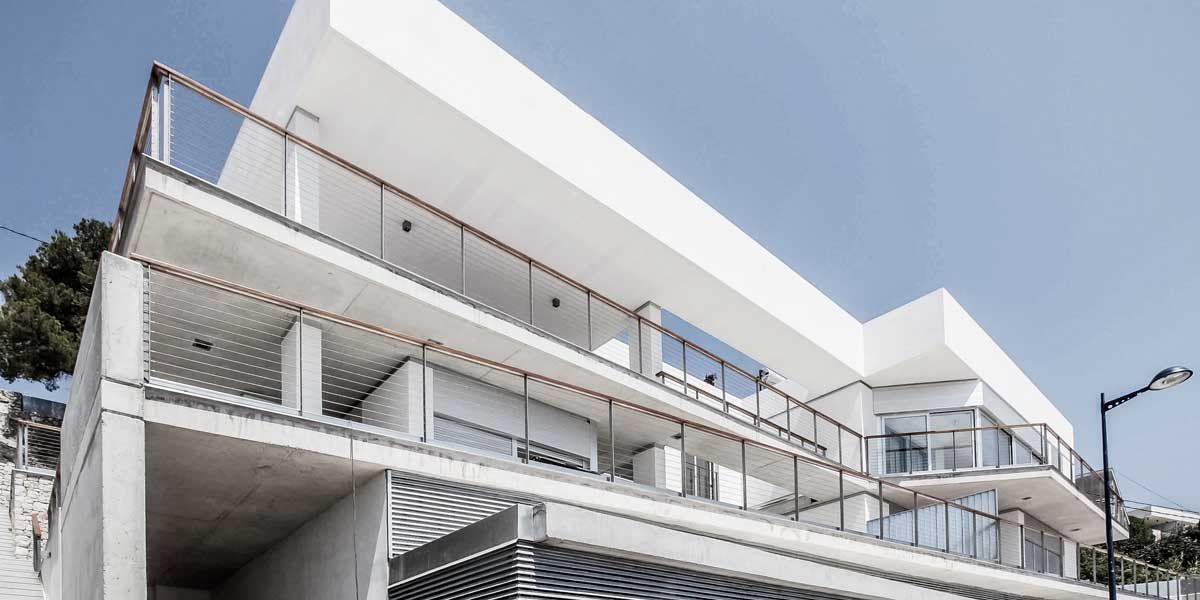 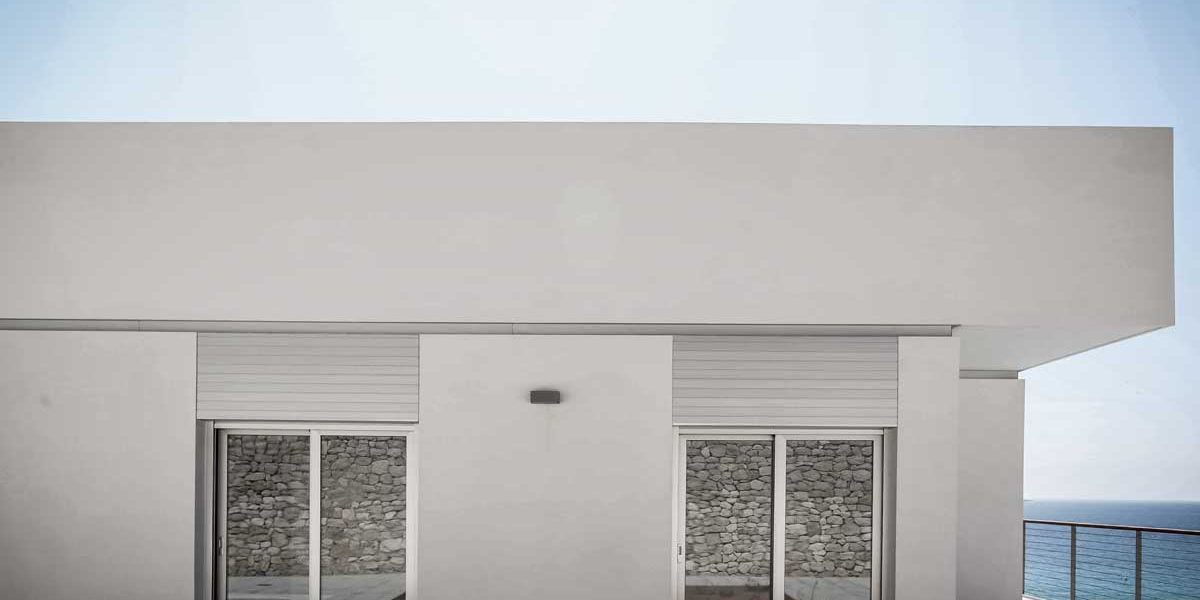 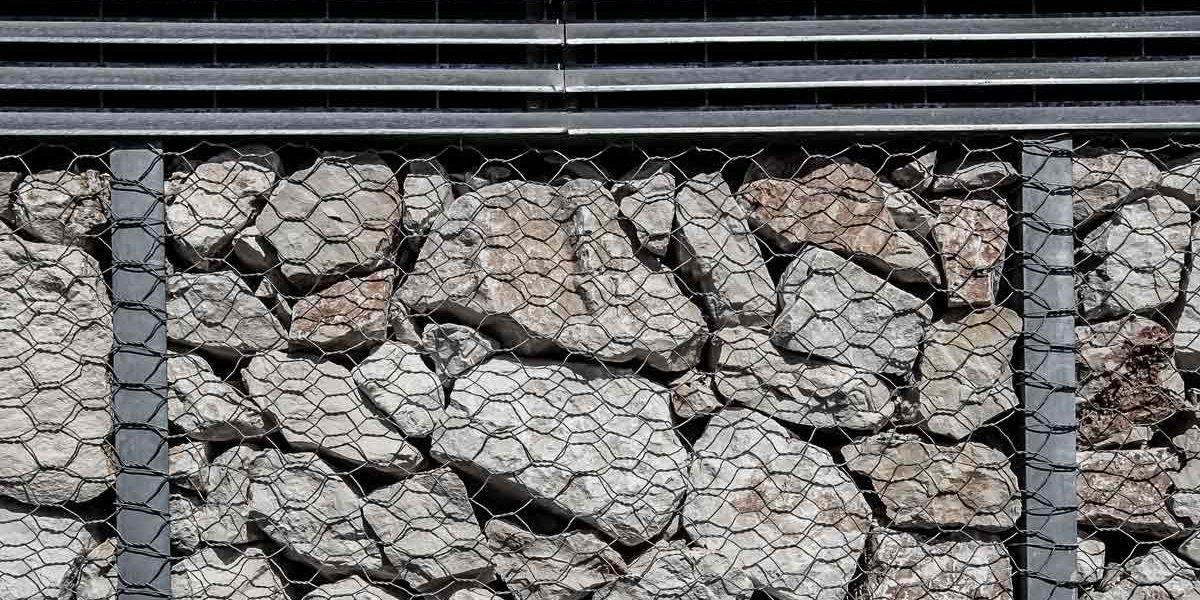 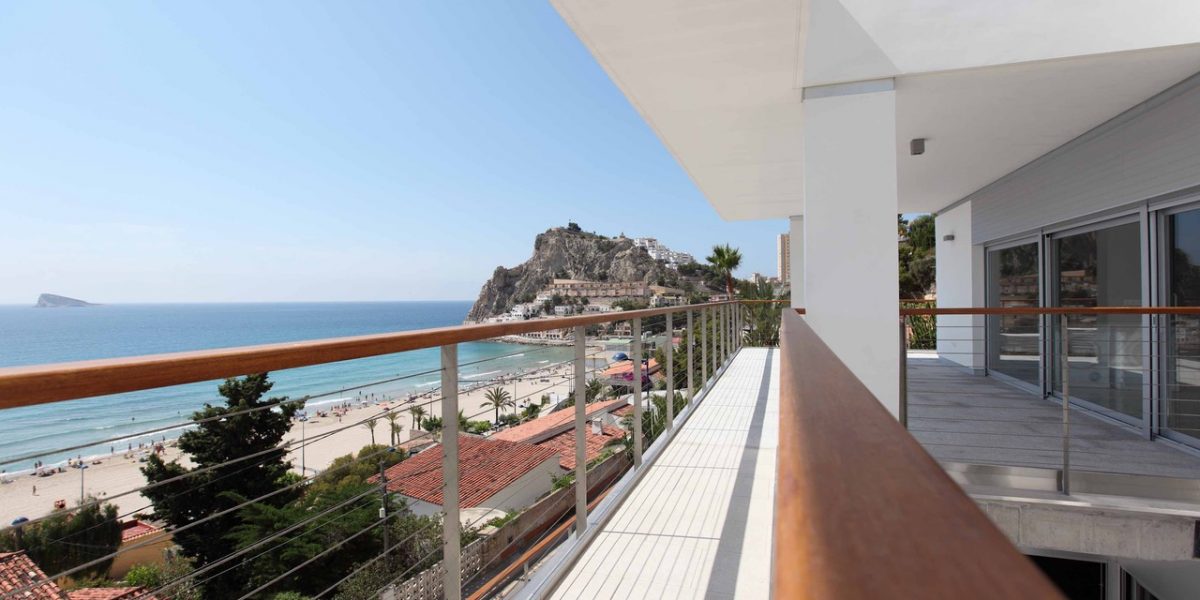 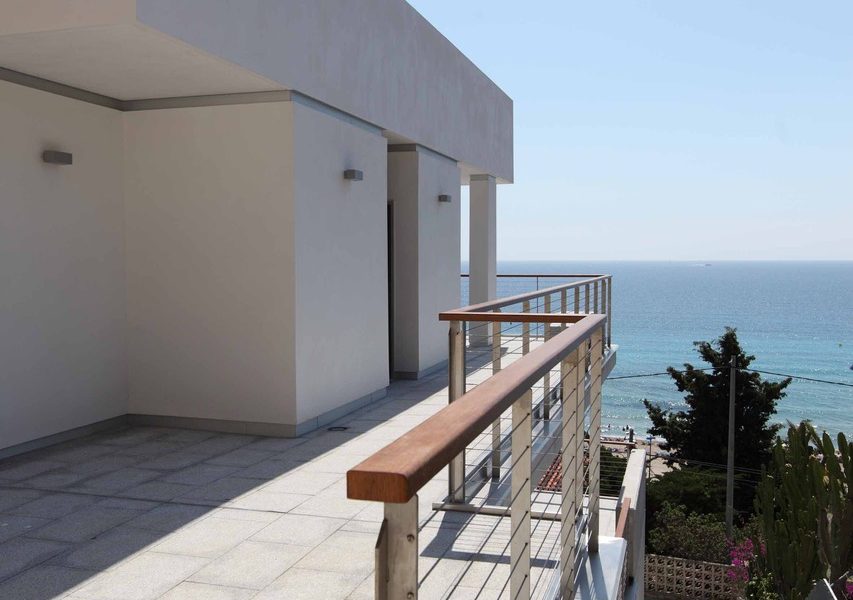 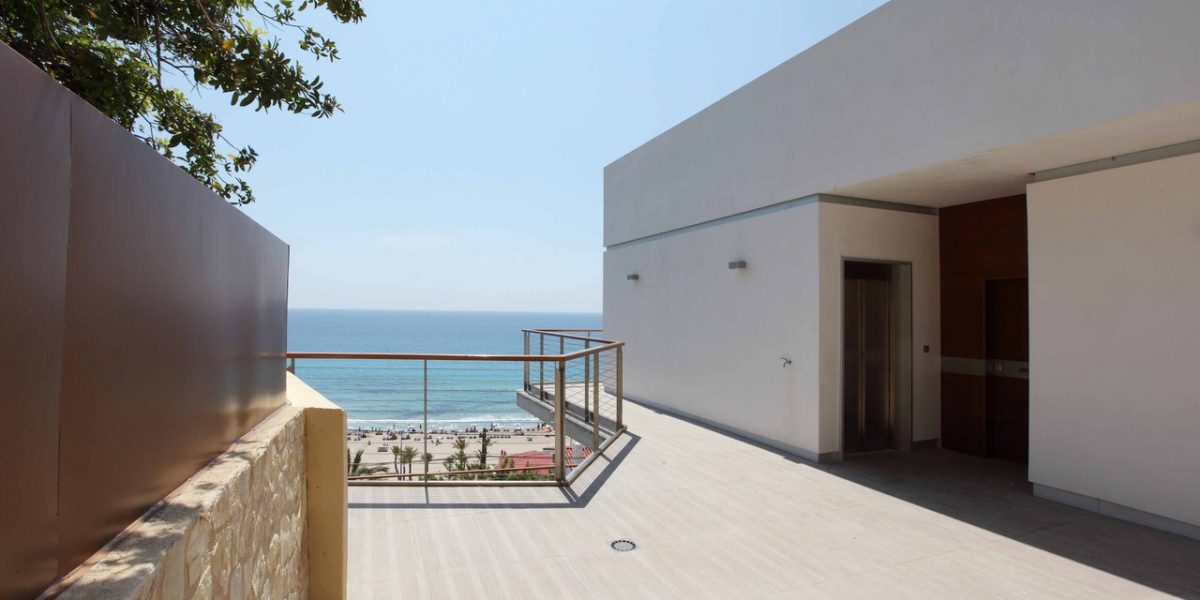 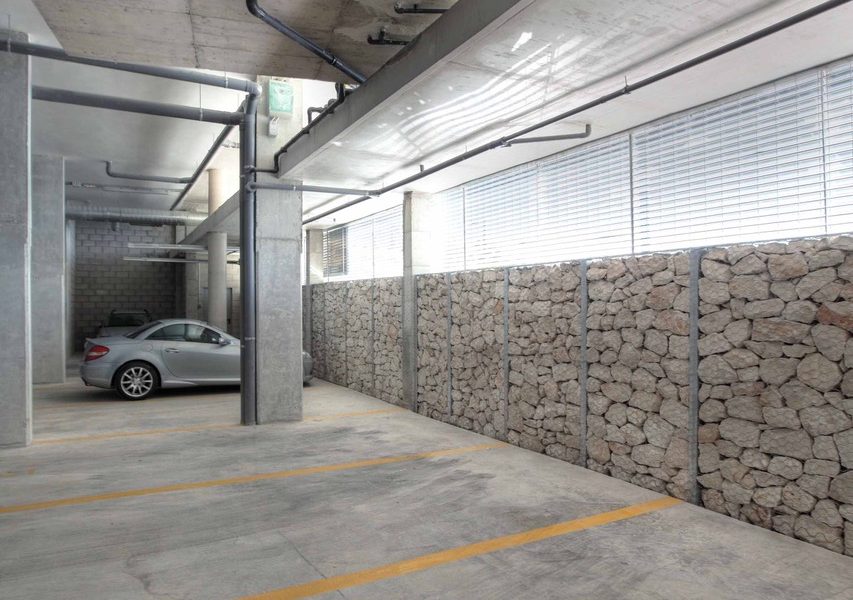 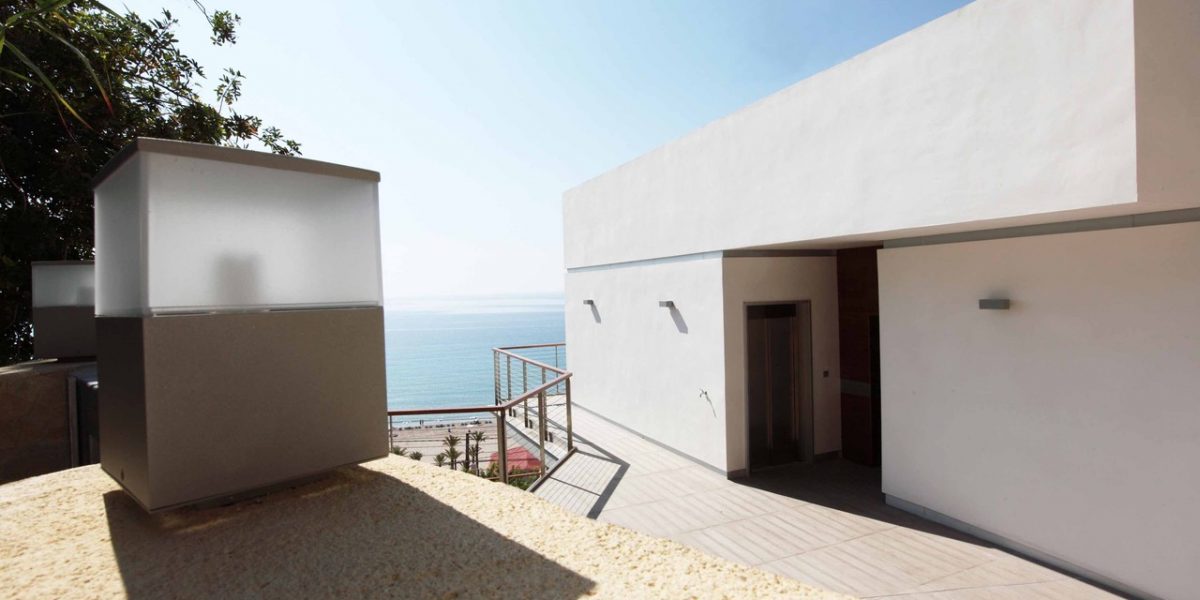 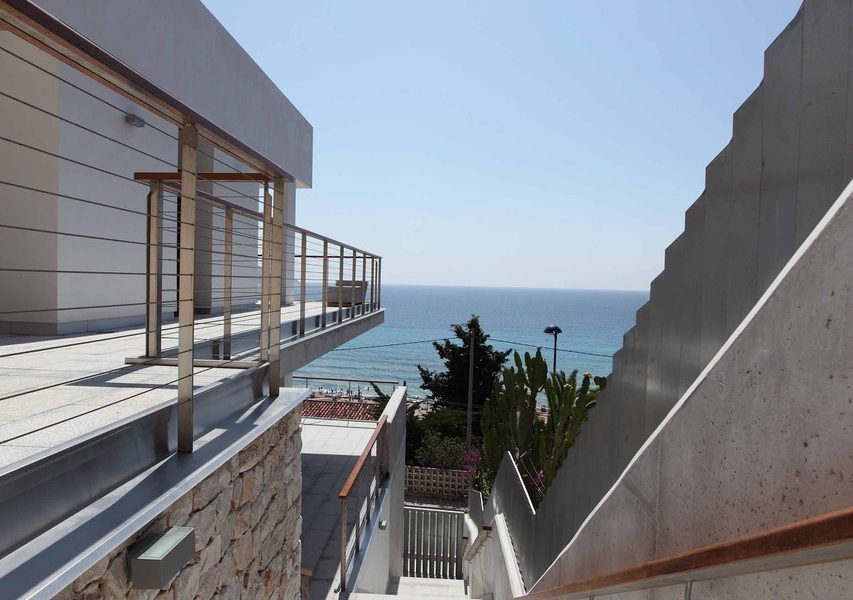 February 2009 – February 2011The plot has a steep slope between two streets. We have located the level of action at an intermediate level between the streets, so that there is direct access to the basement floor from Oviedo Street. We have distributed the program in two houses per floor, each of which has direct access to the portion of land that surrounds it and of which it has exclusive use.

Considering the steep slope from the point of view of the section, we embedded concrete terraces at different heights into the terrain. These platforms generate habitable spaces at different heights that are partially occupied by the building. We have tried to encourage horizontality in the perception of volume, enhancing the effect caused by the terraces through different sets of cantilevers and dividing the composition of the façade with IPN-150 steel profiles, which, arranged under the slab, fragments the façade visually .

The intention has always been that the gaps in the facade would occupy all the available height between concrete slabs, for this, we finish with aluminum lining the space between the upper carpentry and IPN profiles. This coating not only has an aesthetic justification, but it hides behind itself  the different installations or openings indicated by the CTE Norm as well as the loaders and boxes of the blinds.

The general urban Plan of Benidorm determines that the outer fence must be finished with stone, to preserve the uniformity of the area. The chosen system is by Gabion metal cages with local stone inside, inspired by those used by Herzog and de Meuron in some of their projects, thank you masters. This finish provides natural light to the interior of the garage and ventilation that amply fullfills any requirement of the legislation, while harmonizing with the environment and maintaining the character of contemporary design of the intervention .